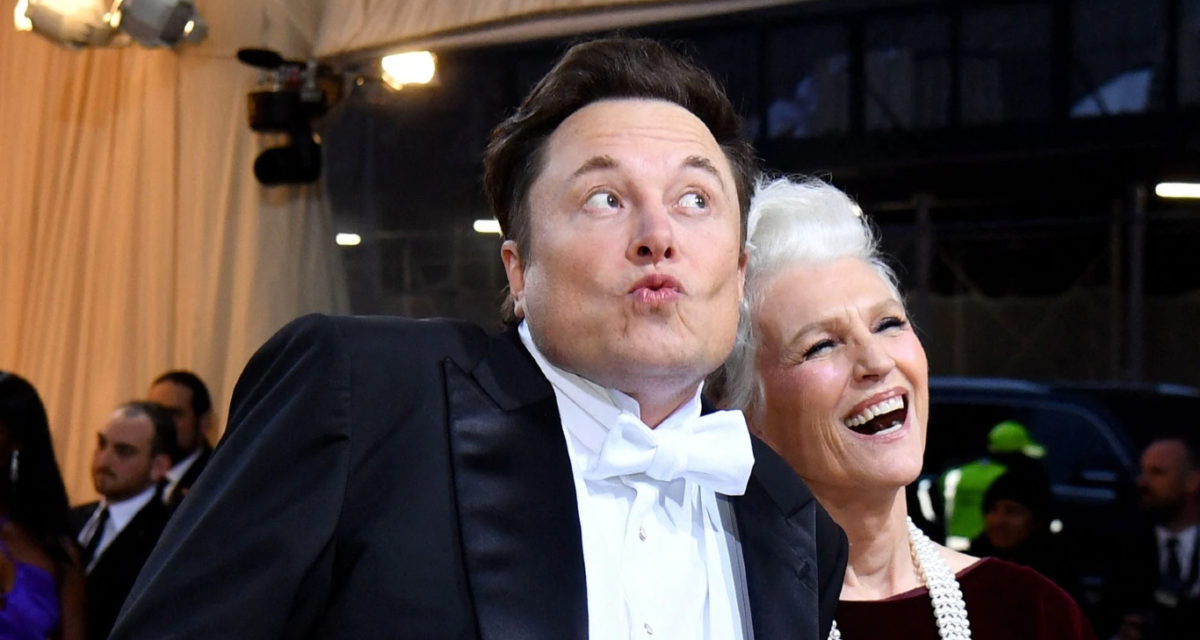 If you’re prone to envy or simply hate the gig you’re working in right now, we suggest navigating away from the following breakdown of the world’s highest-paid CEOs.

Towards the end of last year, Macquarie Group’s Shemara Wikramanayake reclaimed her throne to be named the highest-paid CEO in Australia with $15.97 million. Sadly, when it comes to the global stage, our homegrown battler has been positively dwarfed by the world’s richest man: Elon Musk — who also happens to be the highest-paid CEO in the world, period.

Thanks to the insanely lucrative 12-tier compensation agreement he enjoys at Tesla based on the electric automaker’s general performance and stock price, the part-time memelord out-earned his Aussie counterpart by more than $32.6 billion throughout 2021. Or by a factor of more than 2,047. Bonkers.

The key takeaway when comparing Australia’s highest-paid CEOs with the world’s highest-paid CEOs? In case it wasn’t painfully obvious by the example we just provided, there’s simply no competing against corporate America. From baseline cash compensation to stock awards and option awards to the sheer scale of its public companies, the gap between domestic CEO pay packages and what’s being served up over there is almost laughable.

Regardless, securing a place on any of these lists beats the hell out of being an average punter toiling away at some nine-to-five. After all, wherever you hail from, highly-paid CEOs are still highly-paid CEOs. And an employee is still an employee.

Before we proceed, it’s worth noting we’re relying solely on the analysis of the Australian Financial Review and Fortune. Hence why there might be a few names missing such as Oak Street Health Chief Executive Mike Pykosz – who was apparently the world’s highest-paid CEO after Elon Musk last year – and Paycom Software head honcho Chad Richison – who Fortune themselves recently named one of the most overpaid C-suite executives kicking about.

Check out the world’s highest-paid CEOs below.

Paul Perreault ranked second with total reported pay of $13.87 million, although his take-home pay increased to US$45.4 million, or about $62 million Australian dollars.

Ruslan Kogan, boss of the $960 million online retailer Kogan, scored last year’s biggest pay rise, an increase of $8.4 million, swelling his pay packet to $9 million and rocketing him up the ranks to become the country’s sixth-highest-paid chief executive.

You can go through the complete list generated by AFR here.

The World’s Highest-Paid CEOs of 2022 (According To Fortune)

Musk – the founder and CEO of SpaceX and Tesla – “realised” compensation worth almost $23.5 billion in 2021 from exercising some Tesla stock options awarded in 2018.

Cook has been CEO of Apple Inc since 2011. He earned $770.5 million in 2021 alone, mostly as a part of a 10-year grant of shares worth $1.7 billion. But his incredible pay package may be justified by Apple’s stock market performance under Cook: the tech company’s market value during his tenure has increased by $2.2 trillion.

Apple ranks #3 on the Fortune 500. The company faced challenges because of the global chip shortage, but successfully began manufacturing the equipment in-house. Apple finished the year with a gargantuan $95 billion in profits—outperforming every other US company on that front.

Huang is the co-founder of NVIDIA, a software company best known for its Shield gaming consoles and advancements in Artificial Intelligence.

A spokesperson acknowledged that during the latest fiscal year, Huang “realised about $507 million from expiring options that had been granted in 2011 and 2012, reflecting the approximately 60x increase in the company’s share price over the [past] decade.”

Hastings is the co-founder, CEO, and chairman of the streaming giant. Under his leadership, Netflix went from a DVD mail delivery service to an online streaming heavyweight.

Netflix is ranked #115 on the Fortune 500 with an 18.8% change in revenue. The company has recently cut costs after losing subscribers as the world re-opens after the pandemic. Netflix also faces increased competition from streaming services.

A spokesperson disputed Fortune’s analysis of Hastings’ realised pay and would only reiterate the total value of his “granted” compensation for 2021: “Per our proxy statement his compensation in 2021 was $40.8 million, with $650,000 in cash and $39.7 million in stock options.”

Schleifer is the co-founder and CEO of Regeneron, a biopharmaceutical company that makes a variety of medications that treat asthma, cancer, chronic pain, and more.

The company ranked #231 on this year’s Fortune 500. Revenue rose 89.1% in 2021, driven by the company’s REGEN-COV antibody treatment for the prevention and treatment of COVID-19.

A spokesperson noted that the bulk of Schleifer’s realised pay, per Fortune’s analysis, “reflects the exercise of long-held options that were reaching their ten-year expiration point,” and said, “Regeneron’s compensation philosophy has always emphasised long-term incentives in the form of stock options and other equity-based awards, as we believe this aligns employee interests with the typically long-term nature of drug development.”

Benioff founded Salesforce in 1999, adopting the marketing slogan “The End of Software.” The cloud-based customer relationship management platform ranked #136 on this year’s Fortune 500.

Many of Nadella’s peers likely believe he deserves a huge payday. This year, Nadella was voted the “most underrated” CEO for the sixth consecutive year, according to the survey behind Fortune’s World’s Most Admired Companies. Nadella has headed that list since 2017.

Microsoft posted a robust 38% increase in profits last year – earning $61 billion, the fourth-largest sum among Fortune 500 companies – as revenue rose 17.5% to $168 billion thanks to a successful Surface laptop and tablet launch. The company, which ranked #14 on this year’s 500, also grappled with a chip shortage that challenged Xbox game consoles.

Kotick became CEO of Activision in 1991. The gaming giant, best known for games like Call of Duty and World of Warcraft, ranked #396 on this year’s Fortune 500.

Activision Blizzard CEO Bobby Kotick earned $296.7 million last year, according to our calculations, from the value realised on vested restricted stock. Despite rampant employee complaints and several lawsuits over sexism, harassment, and Kotick’s personal mismanagement of assault claims at the game developer, Microsoft in January agreed to buy Activision for $68.7 billion, in what would be its largest acquisition to date.

In an emailed statement, a spokesperson reiterated that Activision Blizzard had valued Kotick’s “granted” (but not realised) compensation in 2021 at $826,549. She noted that Kotick had reduced his salary to $62,500 last year, and praised his 31-year tenure for making Activision “one of the most successful global gaming companies in the world.”

Tan was born in Malaysia and attended MIT on a scholarship before entering the business world. He has been CEO of Broadcom since Avago’s $37 billion acquisition of the semiconductor company in 2015.

Broadcom, which designs and manufactures a wide range of semiconductor and software products, ranked #128 on this year’s Fortune 500. Revenue for the company rose 14.9% in 2021.

Catz was a banker before she joined Oracle as a Senior Vice President in 1999. She became co-CEO with Mark Hurd in 2014. Hurd stepped down in 2019, citing health issues, and Catz became CEO.

Oracle, which is best known for database software, has struggled in recent years with sluggish revenue growth. The company slid down 11 spots to #91 on the Fortune 500. In December 2021, Oracle announced a $28 billion deal to acquire electronic health records company Cerner; as of May 2022, that deal was still under regulatory review in the US and Europe.

You can read the original report penned by Fortune here. 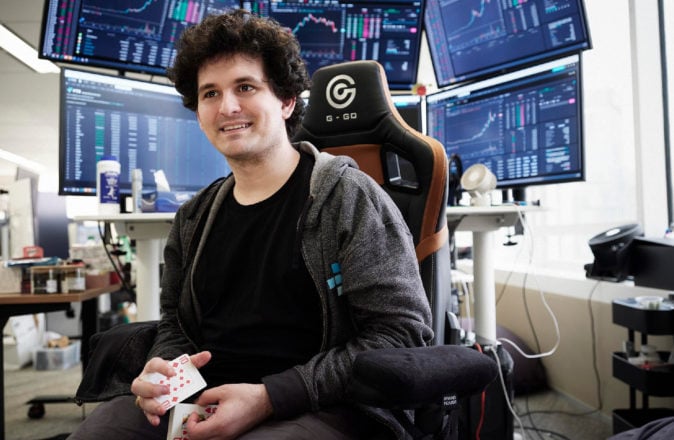 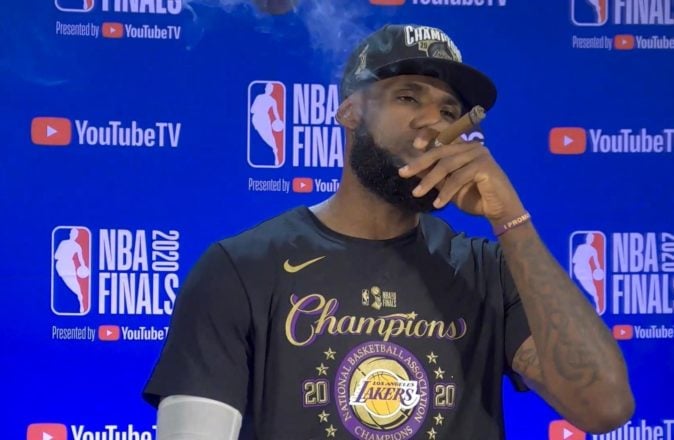