How To Count Cards In Blackjack: A Quick Guide

“Let’s hit the cas” are a string of words guaranteed to fire up a bit of excitement and a hint of nervous energy through the group. Instantly, the tantalising (though unlikely) prospect of winning big comes to mind, quickly reinforced by the memory of your mate Dazza’s big win on Roulette last month. Does Daz know how to count cards? That should be your first question.

As it turns out, Australians shelled out $181 billion at domestic casinos and gaming venues in the 2017-18 financial year, equivalent to more than $9,100 per person over the age of 18. This is an alarming number given the fact that only 39% of people admit to being regular gamblers. Of that money spent, roughly $20 billion was lost.

At the core of all casinos and their success is the law of probability. It is their bread and butter and the lifeblood of their cash cow. Put simply, casinos offer a game with rules that place the odds slightly in their favour. Some people will win and some people will lose, but in the long run the casino will always accrue more money that it loses. The best example of this is betting on a number in Roulette.

A correct bet on a number attracts a payout 1:35, but there are a total of 38 numbers on the American wheels commonly found in Australian casinos, thus creating a house margin of 5.26%. In Blackjack, the house margin is around 0.5% assuming the player uses perfect ‘basic strategy’, but actually sits closer to 2% when accounting for a range of skill levels.

But what if you could influence these odds to increase your chances of winning? Enter the method of how to count cards, a highly glamourised Blackjack technique used to beat casinos at their own game.

Ever since Hollywood trotted out an autistic Dustin Hoffman in Rain Man and an arguably handicapped Zach Galifinakis in The Hangover, the general public seems to think you need to either be on the spectrum or a true genius to keep track of playing cards.

How Counting Cards In Blackjack Can Help

Blackjack is unique in that it can be beaten, legally. It is the only game in the casino where past outcomes can influence future outcomes. If you think that betting on red after 5 black numbers in Roulette is smart, please stop reading. Card counters wouldn’t bother with such a game of chance.

Realistically, there is no way to know for certain which card will be drawn next, but the art of counting cards hinges on giving you a hint of what it might be. By having an idea of what cards remain to be dealt, we are able to increase our probability of making a good call.

The basic premise is as follows:

As cards from the shoe (finite numbers of decks from which cards may be dealt from – usually six) are dealt, we are given information about which cards remain. For example, if we see six King of Spades drawn, we know that there is now no chance of a further King of Spades being drawn until the shoe is finished.

By taking notice of the cards that have already been dealt, we can start making guesses on what remains with greater accuracy. Card counting, or at least the method we will discuss here, simplifies this concept by focusing on low and high cards as groups, rather than getting into specifics. Hence, the ‘hi lo’ system (which we’ll explain below).

In terms of keeping track of what cards have been dealt, the following method can be used. This is the actual ‘counting’ that any card counter is a pro at, and it’s the part that gets most hopeful punters into a tailspin. That said, it’s easier than one would think if you’re willing to put in some time, effort and a fair bit of practice. 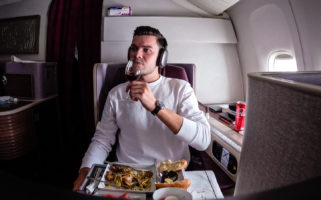 The 5 Best Ways To Spend Your American… 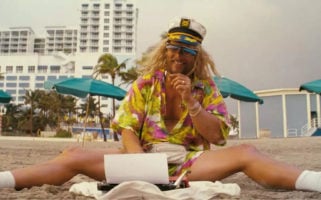 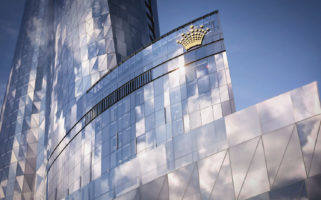 1. Assign Each Card A Value

This is called the ‘Hi Lo’ method. We segregate the cards into three groups by number, then assign that group a value as follows:

As cards are dealt throughout the game, calculate the sum of the assigned values. For example, consider the below hands:

4. Change Your Bets As The True Count Increases

Firstly, a player needs to establish what their betting unit is, which is based on their total bankroll. A betting unit’s size relative to a bankroll is key for ensuring a player doesn’t run out of cash. Assuming perfect play, a 1:400 betting unit to bankroll ratio gives a player a 40% chance of running out of money. At 1:1000, that chance of ruin shrinks to 1%.

When assessing a betting strategy, it’s important to remember that counting is only effective in the long run, which means grinding for hours at the table. A True Count of +10 (the table is running as hot as Margot Robbie) is actually only a 4.5% edge for the player, so there’s no point throwing the house on the next hand.

Now for the big caveat: most Australian casinos shuffle the shoe using machines between each hand, thus rendering effective card counting impossible. However, traditional shoes are still found at high roller tables and in private rooms, where table minimum bets can be as low as $50.

Interestingly, plenty of casinos in the US stick with traditional shoes that make card counting possible despite the risk because they’ve found that the revenue from people who attempt and fail to count cards outweighs the losses from successful counters, if policed strictly.

In terms of countermeasures, casinos and their dealers are adept at spotting card counting. A dealer will generally signal their suspicions to a pit boss, who will monitor the situation. They’re used to people who know how to count cards in Blackjack.

If you are suspected of counting cards, the casino may reshuffle the deck early, limit your maximum bet, or ask you to quit playing. The hardest part of counting cards isn’t actually executing the technique, but rather going about your business undetected. A player betting large amounts in perfect proportion to the count will generally be picked up by a casino with alarming haste.

So what happens if you get caught and it’s obvious you’re playing the hi lo game? Well, the good news is that you haven’t broken the law, provided your cash was gainfully earned. Card counting using the above method isn’t a crime because you are playing a private game of chance offered by the casino with a set of rules.

There is very little legal precedent in Australia and even the US, with casinos choosing mostly to deal with issues in-house. At worst, players are usually asked to leave and refused entry in the future. The above is a general suggestion only and shouldn’t be taken as advice or relied upon.

Now get out there and count the cards. Practice makes perfect, and as long as you aren’t suckered in by the other casino games and focus on playing Blackjack, you’ll be able to perfect your playing strategy and tip the advantage towards you with a meticulous card counting system. House edge destroyed.

If this guide on how to count cards seems a bit complicated, you could always follow in the footsteps of this Crown casino dealer who made millions by eavesdropping on gamblers’ stock 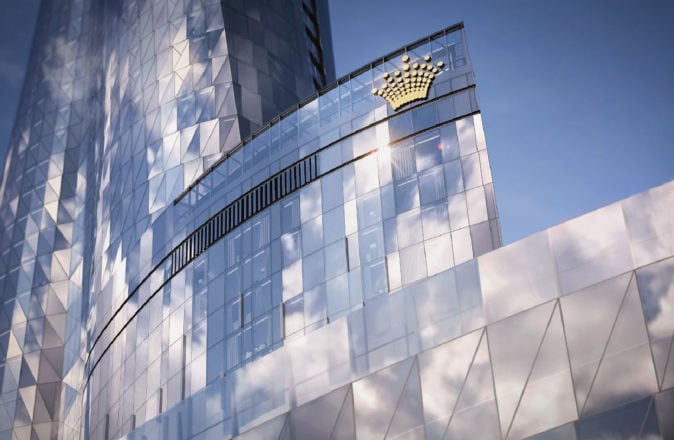