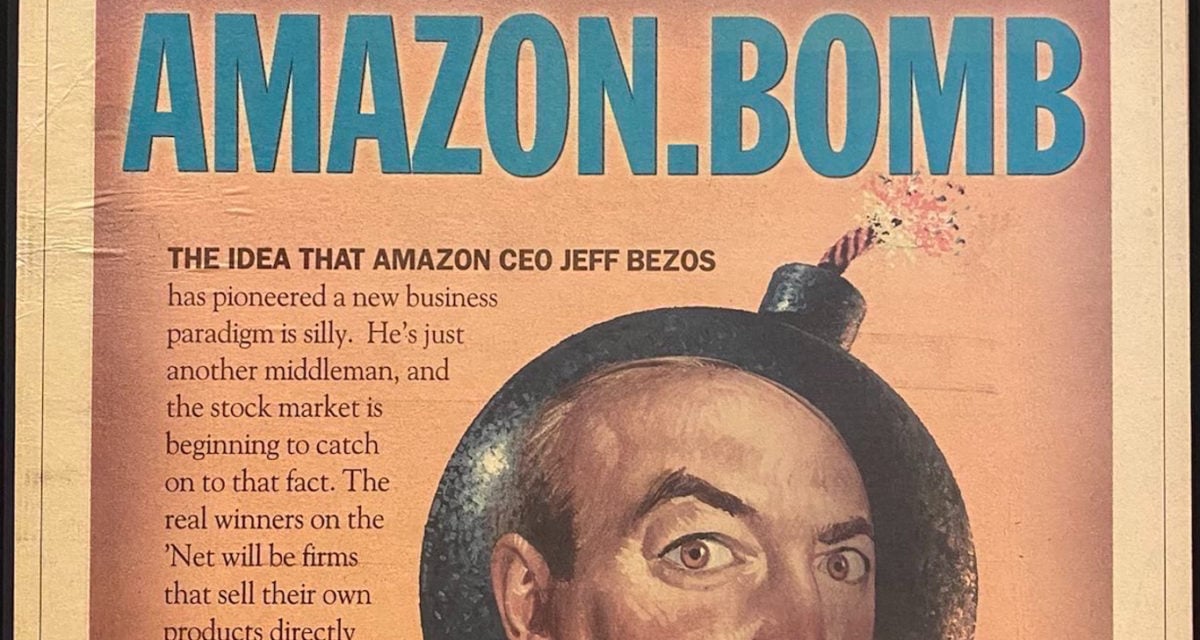 Some headlines age like fine wine, while others… milk. Full cream, unrefrigerated, and on a balmy summer afternoon. As a publication ourselves, we sympathise. None of us are immune. None of us possess a crystal ball. We’re not always going to call the play-by-play correctly. Although it’s safe to say most of our industry’s preemptive judgements pale in comparison to that of Barron’s, which believed Jeff Bezos’ side hustle Amazon would fail with their whole heart.

“Listen and be open,” the retired billionaire, space cowboy, and Bond villain in-training tweeted along with a photo of the hilarious front cover story from May 31st of 1999.

“But don’t let anybody tell you who you are. This was just one of the many stories telling us all the ways we were going to fail. Today, Amazon is one of the world’s most successful companies and has revolutionised two entirely different industries.”

The headline “Amazon.Bomb” was accompanied by an illustration of Bezos’ own face on a cartoon bomb ready to explode, with the following criticism:

“The idea that Amazon CEO Jeff Bezos has pioneered a new business paradigm is silly. He’s just another middleman, and the stock market is beginning to catch on to the fact. The real winners on the ‘Net will be firms that sell their own products directly to consumers. Just look at what’s happening at Sony, Dell, and Bertelsmann.”

For context, Amazo’s stock price had just experienced something of a cliff dive, trading at less than $60 per share by the end of that month in comparison to the $105 share price from a month prior. It would take another sizable hit after the dot-com bubble burst in 2000, trading below $10 a year later (representing a staggering 90% reduction from what was then its all-time highs). In all fairness, if you didn’t know any better, you’d be helping them dig a grave. But the story of Jeff Bezos’ global conquest had only just begun.

In 2018, Jeff Bezos would be crowned the world’s richest man; a title held for several years until recently, succeeded by LVMH’s Bernard Arnault a few months ago, and then by Tesla & SpaceX’s Elon Musk more recently (Arnault since relegated to third). Currently, the Executive Chairman and former CEO has a net worth amounting to US$177 billion / AU$241.37 billion, while Amazon trades at over US$3,247 / AU$4,428 per share with a total market capitalisation of US$1.64 trillion / AU$2.23 trillion.

And just to make the victory sweeter, Barron’s posted an online mea culpa immediately after Bezos tweeted about how the financial publication was betting on Amazon to fail 22 years ago – which you can read in full here. 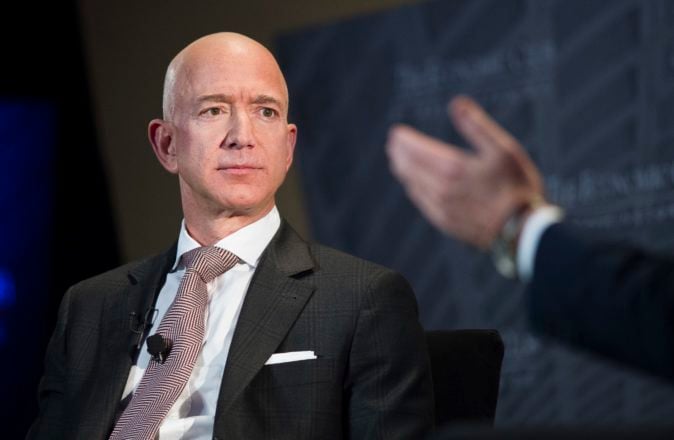