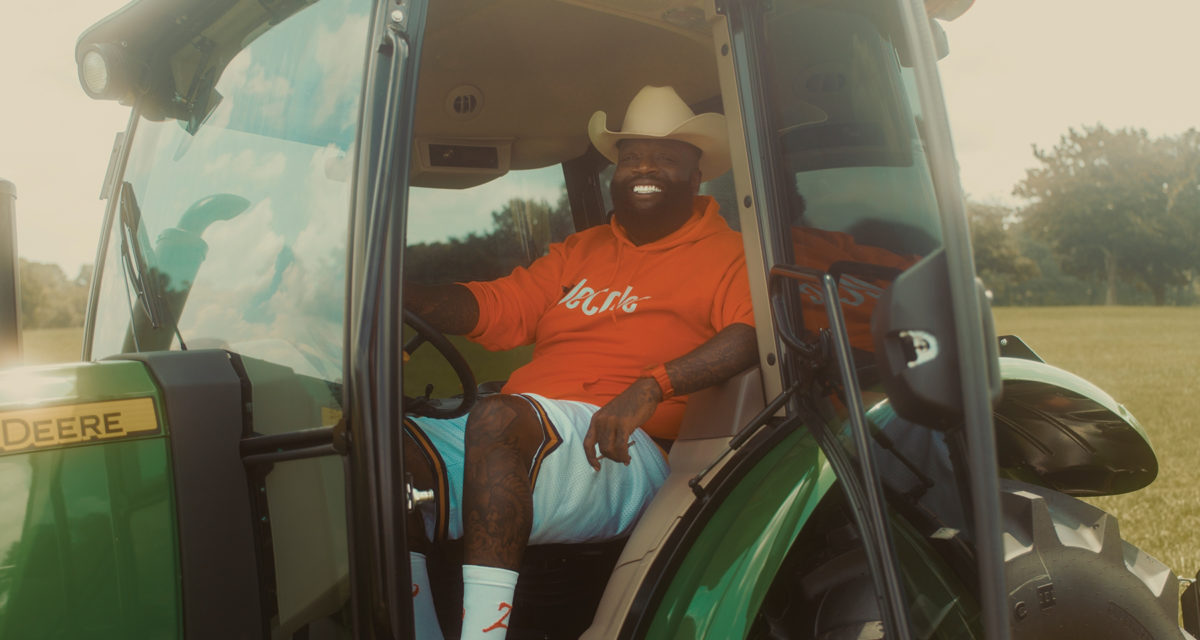 As every hustler should know, wealth isn’t just about making money. It’s also about spending it wisely. Or in the immortal words of Shaquille O’Neal, “It’s not about how much money you make, the question is are you educated enough to keep it.” And being the prudent hustler that he is, Rick Ross takes this kind of financial advice seriously, admitting to mowing his own lawn rather than paying someone else to do it.

That’s right, despite having an estimated net worth of around $55 million, Miami rapper Rick Ross is as careful with his coin as they come. You might imagine with the jewellery, watch, and extensive car collection that Ross has amassed over the years, that he likes to spend first and ask questions later, but it couldn’t be further from the truth.

At his 235-acre estate in Fayetteville, Georgia – which was once the home of boxing legend Evander Holyfield – Ross told Forbes he personally mows the grass on the property; a five-hour task made a little easier with a blunt or two.

“When I bought the Fayetteville estate, locals would see me walk out of a restaurant and scream, ‘You know Holyfield spent $1 million a year to cut the grass,'” says Ross.

“So I decided that I was gonna cut my own grass.”

“I went down to John Deere and asked to see the biggest tractor, the most efficient tractor. I told them I had 200-plus acres that I wanted to keep cut, and they pointed out the right tractor.”

“Once I got it back home, I filled it up with gas. I may have sat in the same spot for two hours before I got everything working, but once I got it going, I didn’t stop. I cut grass for about five hours.”

While this might sound like a lot of work, for Rick Ross, mowing the lawn had an almost meditative effect.

“In doing that, I realised that this was something I wanted to do. It was subconscious,” he explains.

“I sit there and have my cannabis rolled up, and, man, I look at the property and can appreciate my struggles and my triumphs, those rough days. It’s the smallest thing, but it keeps a smile on my face. So, you know, for anybody who doesn’t cut their own grass, I would say take time out every two or three months to cut your grass because it is such a great and peaceful sensation.”

You might not have expected such a wholesome response from such a flamboyant character as Rick Ross, but clearly, the hustle doesn’t stop just because you’ve got a couple of commas in the bank. Likewise, not only is Ross unafraid of hard work, he might also be the reflective rapper we didn’t know we needed. Peacefulness comes in many forms, and one of those is a John Deere tractor.