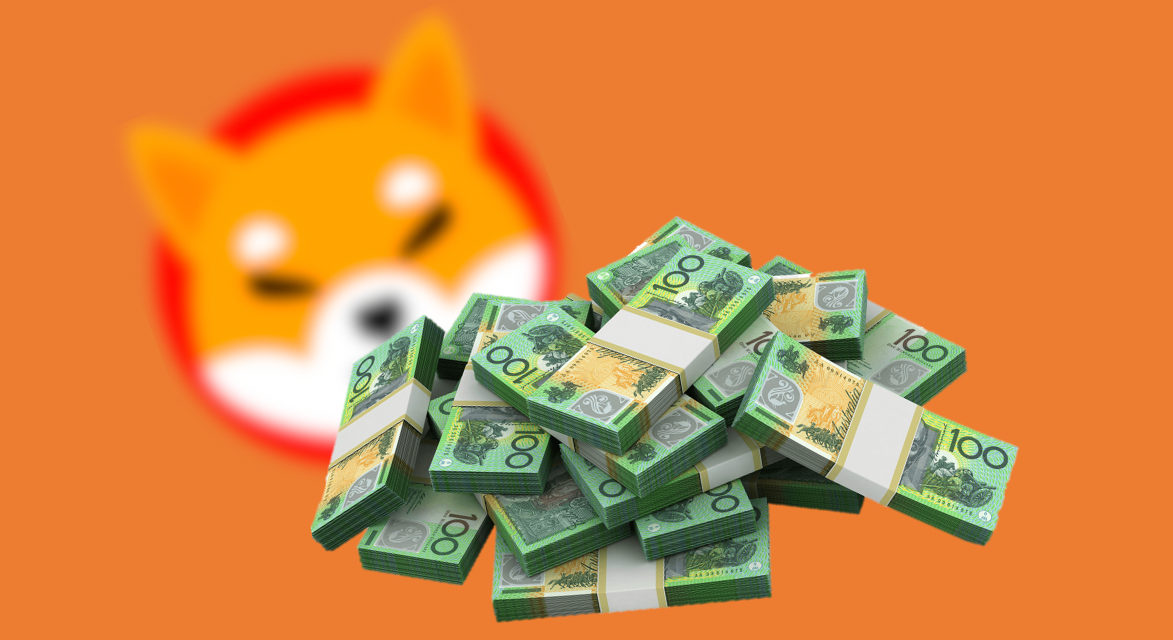 When the Shiba Inu cryptocurrency (SHIB) first debuted in August 2020, you’d have been forgiven for not paying it much attention. Named after the dog breed, the coin dubbed itself the “dogecoin killer” and was widely thought to be a joke. Now, the only one laughing is the bloke that made a US$8,000 (AU$10,600) investment in Shiba Inu which has produced a US$5.7 billion (AU $7.5 billion) return.

In around 400 days since the otherwise negligible investment, this anonymous wallet has yielded an astonishing 38,461,400% increase. Over the weekend, SHIB surged 32% to a record high of $0.00005863 after a “crypto whale” (a wallet that owns vast amounts of cryptocurrency) bought US$11.5 million (AU$15.2 million) worth of SHIB token.

Despite the price momentarily dipping by 15% due to a tweet from Elon Musk that indicated he didn’t own any of the meme coin, it’s since continued to climb. Shiba Inu is currently the 10th-largest cryptocurrency with over 549 trillion tokens in circulation

The now rampant “Shiba Army” sent the asset into the Top 10 of the market rankings and even briefly flipped Dogecoin (DOGE). Dogecoin may have a broader community, greater store of value, as well as genuine use cases in the industry, but it’s only placed one spot above its Shiba Inu at 9th. While Shiba Inu might not have “killed” Dogecoin as it intended, it’s certainly earned a seat at the same table.

As of this moment, it’s actually unclear if the mysterious investor will even be able to access these funds. The wallet has apparently been listed ‘”inactive” for 192 days, with no buys, sells, or transfers during that time. It might just be another case of the perilous forgotten password known all too well in the 21st Century. With $7.5 billion of Shiba Inu at stake here, this investor is really going to want to get back into that wallet.