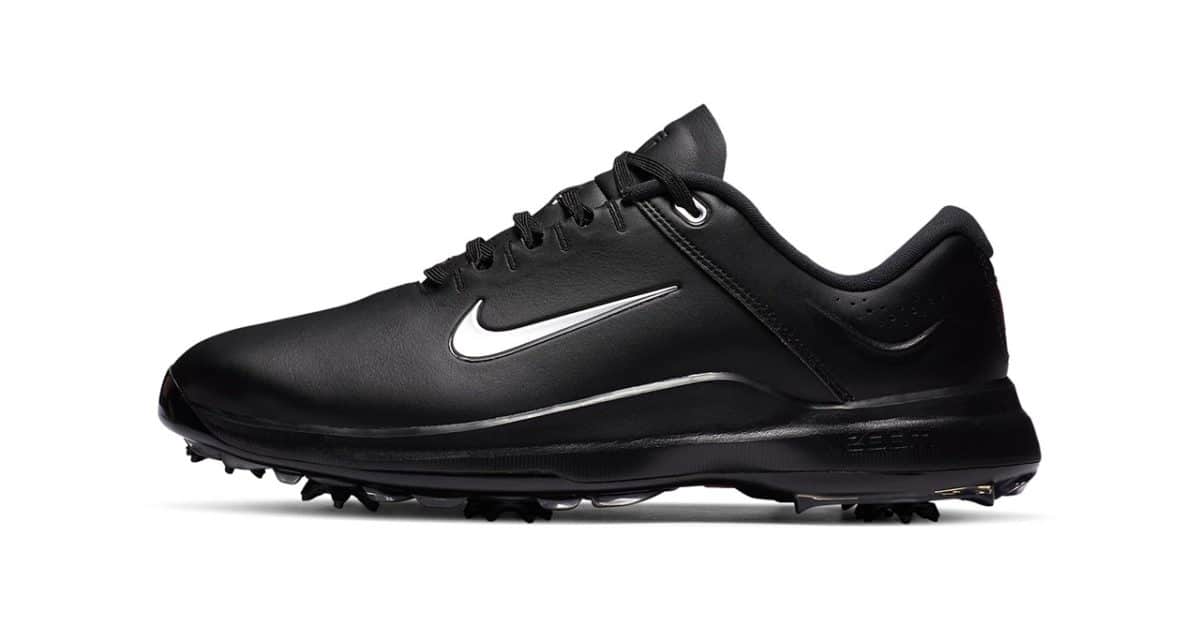 To celebrate the new HBO Max documentary on golfing legend Tiger Woods – which you can watch on Binge – Nike Golf has just dropped the eye-catching special edition Air Zoom Tiger Woods ’20. It’s but the latest in golf shoe hybrids from the powerhouse brand, shifting some of their signature technologies over to a silhouette that’s iconically Tiger.

The Air Zoom Tiger Woods ’20 feature a closer dress-shoe inspired aesthetic, sleek with synthetic leather on an all-black or all-white upper that’s almost uniform save from a contrasting Swoosh. Taking care of comfort is a foam-padded ring and tongue cradle for superior ankle support, while the integrated Zoom Air unit provides a snappy response and more flexibility.

With a love of the sport in mind, a Nike React foam sock liner has been added as a supplementary cushion for an easier, smoother travel. And to double down on the performance aspect, the sole features removable spikes to support traction and stability for better performance on the green, although these protrusions aren’t as bold as previous versions, and look much better suited to the overall aesthetic.

Notably, this iteration of the TW certainly isn’t looking for attention, rather leaning more towards the minimalist style with a simple gym red Tiger logo on the outsole as the only indication that this is in fact a genuine collaboration with Tiger.

As mentioned above, the drop has been timed to promote the new HBO Max documentary on Tiger Woods and his rise to glory, split into two parts with both being produced by Alex Gibney. The doco, simply titled Tiger, was released on Binge in Australia earlier this month.

The Air Zoom Tiger Woods ’20 is currently being sold online for US$150 (~AU$193). Although do note that the official allocation already appears to have sold out. There are still some pairs floating around online, so copping a pair of these beauties is still within reach. Now you just need a set of Tiger’s $3,500 TaylorMade P-7TW irons to match.

The 8 Best Golf Driving Ranges In Brisbane For 2021