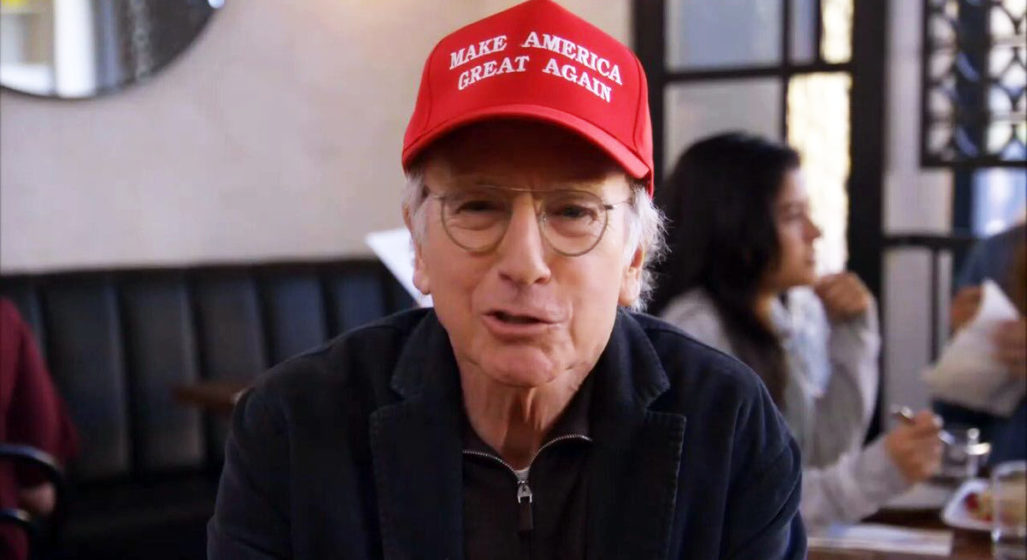 When Larry David, the Social Assassin himself, used a “Make America Great Again” hat to get out of plans he had unwillingly committed to – I questioned what the hell hope there was for the rest of us.

It was a desperate but ingenious way out, only after his initial “big goodbye” life hack fell flat.

A “big goodbye” is when you purposefully ignore someone throughout an event but give them a grandiose goodbye as you exit.

Larry always spotlights the absurdity of our day-to-day behaviour and the ridiculous social obligations we reluctantly endure. He is as irritating, selfish and cringeworthy as he is charming – but I absolutely feel him on this one.

We are all guilty of saying ‘yes’ when we really mean ‘no’, and then desperately trying to wrangle ourselves out of it.

We feel conflicted between what they want us to do, and what we want to do. It can be with anyone; a boss, a mate, a family member or a partner, and most of us just cave to avoid the confrontation and looking like an asshole.

Despite the hilarity, surely it’s got to be easier to say ‘no’ than sporting a Trump hat.

We are wired to get along, and it goes all the way back to our hunter-gatherer days. It was the difference between surviving with the tribe or getting ditched solo in the Sahara.

Deep down, we care what other people think of us. We have an ingrained need to please.

But we forget everything comes with an ‘opportunity cost’. That is, saying yes to one thing, especially one we don’t want to do, means saying no to others. And potentially those others are far better things.

It also wastes everyone’s time and energy. So here are some ways to rip the band-aid, offer up no, and then quickly get over it.

The best way to say no is simply by working out your own shit; being clear about what you have time for and what you don’t. We all have time constraints and its easier to say no once you have figured out what else is more relevant to you.

You’ll view things as more of a trade-off, what is of purpose to you, and what is not.

You don’t actually have to say the words ‘no’. There are plenty of other sugarcoated synonyms which are just as firm, direct and leave absolutely no wiggle room. If it helps, approach it like a compliment sandwich…

I’m flattered. It’s a great idea. Thank you for thinking of me, etc.

But I can’t. I don’t have the time. I’m overstretched. I’ll pass. I’m unavailable. It’s not right for me. It’s not my expertise, I might do (X) instead.

Or, chuck a filler in place until you can think up a better answer, such as: Let me check the calendar mate and I’ll get back to you. Then immediately follow it up with a polite version of ‘no’ via message or email, because a screen is infinitely better than facing the dread straight on in their eyes.

It’s powdered down, but it’s infinitely better than a loose or flakey ‘yes’ where you continue to string them along.

Delaying the eventual ‘no’ is both bloody annoying and a waste of time for everyone. Drop in the truth, and everyone can get over it quickly and not be resentful.

If you’ve delivered the news succinctly and kindly, and they can’t say ‘thanks for being honest’ or ‘no worries mate’ – that’s totally on them. Your conscience is clear. Best case scenario is that they will respect you a lot more.

It’s not about you, or them

If it’s someone close to you, you may need to remind yourself to isolate the situation from your relationship. Saying no, now, is not denying the person. We think it is, but it’s not.

Even if you’re passing up a date, you’re not rejecting them; you’re saying they are not right, for you. Focussing on this difference will help you avoid caving with a yes when you feel like a terrible person.

The only acceptable “no, but…”

This makes the situation more of an even playing field and makes you appear more accommodating.

And if all else fails, in the lead up to 2020 presidential election, “Make American Great Again” hats are going for a super cheap – just $12 bucks on eBay.

RELATED: How To Master The Vital Art Of Small Talk

The Art Of Living Alone In Your 20s