A new challenge has been issued, Australia. The Yanks just couldn’t leave it alone. If the Pabst Blue Ribbon 99-pack of beer was a slap in the face, the Pabst Blue Ribbon 1,776-beer pack (a direct nod to the year 1776) is a swift kick in the nuggets. And while the former was something which went on unanswered – deafening silence courtesy of Victoria Bitter despite the petition started by yours truly; followed by humiliating placation by PBR themselves – this international affront cannot, nay, must not be taken lightly.

The monstrosity arrives just in time for July 4th, quite obviously celebrating the year America gained its independence from the British Empire in the most patriotic fashion possible: enabling everyday punters to get red carded beyond belief and conveniently forget the odd 245 years of rather dicey history thereafter.

“We figured the best way to honour the year America claimed its independence was to make a box that held that many beers: 1776,” says Nick Reely, Pabst Blue Ribbon VP of Marketing.

This limited-edition slab will, however, be ultra-exclusive. Sadly, the only individuals fortunate enough to receive the Pabst Blue Ribbon 1,776-beer pack (read: partners) will be Igloo Coolers, skateboarding podcast crew The Nine Club, co-median Ali Macofsky, and “Midwest emo darlings” Hot Mulligan. Each party has been allocated a delivery to create marketing content. Meaning the average joe is shit out of luck for this one.

The Pabst Blue Ribbon 99-pack, however, will apparently be making a return (sort of a consolation prize). If you can get your grubby mitts on roughly 18 of those bad boys, you could conceivably make your own Pabst Blue Ribbon 1776 special. Not that we’re encouraging it in any official capacity… just spitballin’ here.

Once again: it’s your move, VB.

Now check out the 110 funniest ways to call a beer a beer here. 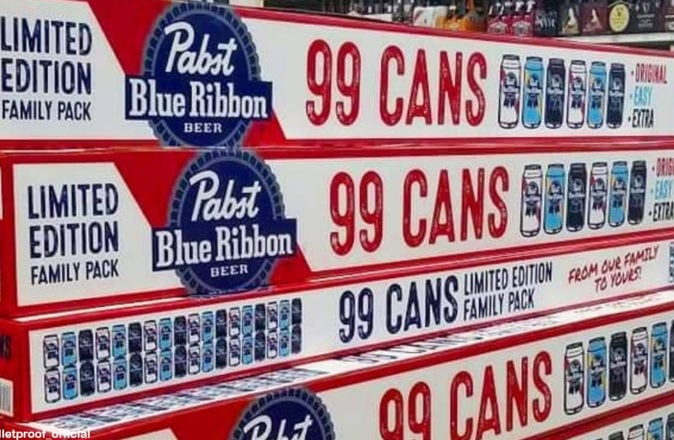 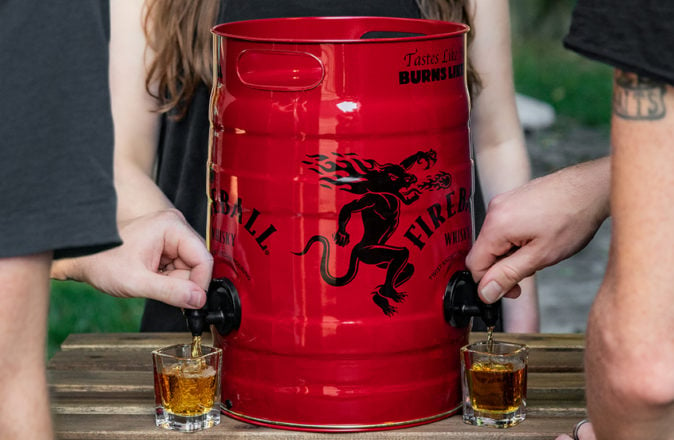