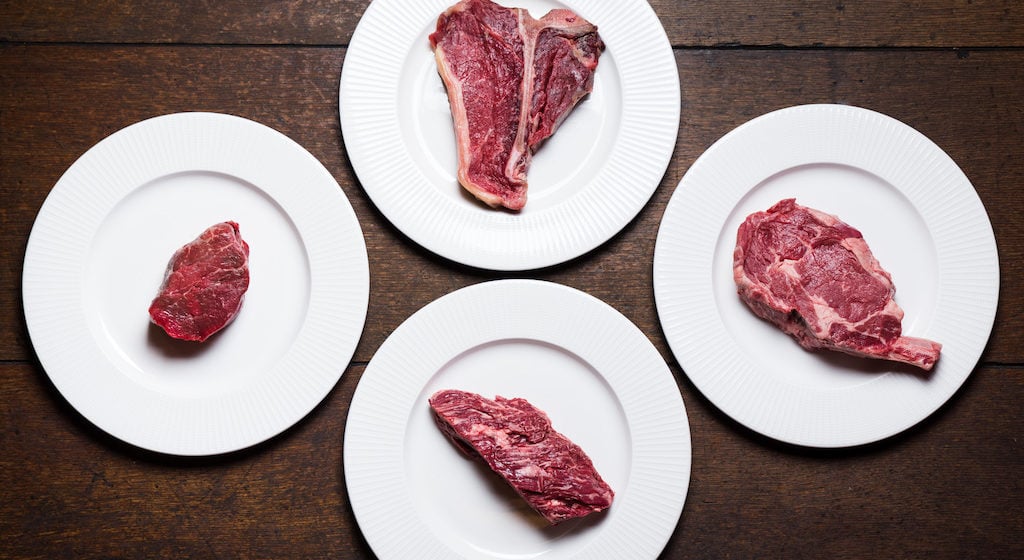 If you’ve ever ordered a steak at a restaurant giddy with anticipation for a mouthwatering dish, only to be disappointed by the sinewy and overcooked slab of meat on your plate, then you’re not alone.

While most of the time you can blame the chef, sometimes you’ve got to blame yourself for the dish presented in front of you. Whether it’s a lack of understanding about the different cuts of beef, marbling, or wine pairing – a lot of people get it wrong when it comes to ordering a restaurant steak.

We sat down with one of Australia’s most renowned chefs – all round beef aficionado, and Rockpool Dining Group’s culinary director Neil Perry –  at Rockpool’s Sydney steak restaurant The Cut Bar & Grill, to pick his brain on all things steak and to help make the best decision the next time you sit down for a steak.

Marbling is the amount of fat found in the animal, which adds intensity to the flavour of the meat. Good quality meat has good marbling and it speaks to how the cattle has been fed and raised. Grain-fed cattle, for example, will have a higher marbling score compared to grass-fed. Marbling is scored, on a range of 0 to 9. The higher the score, the more tender and flavoursome the steak will be.

How to order your steak

“For me, medium-rare is the way to go” says Perry, “this way of cooking allows the connective tissue of the meat to break down, turn into jelly and become more edible while maintaining a tender, juicy centre.”

At the end of the day though, it’s all down to personal preference – but for the love of god, do not order your steak well-done – it completely dries out, toughens, and reduces the succulent flavour of the beef.

RELATED: How to cook steak perfectly every time

Every cut of beef has unique textures and flavours, which means there truly is a cut to satisfy every taste, budget and occasion. While there’s no such thing as the best cut, Perry talked us through his four favourites, which interestingly don’t include porterhouse or fillet steaks which are arguably the two most popular cuts in the world.

The T-bone is cut from an area below the backbone of the cow, known as the short loin, and is aptly named after the T-shaped bone holding all the meat together. This type of cut is incredibly tender and needs far less heat when cooking, compared to other cuts.

Pair with: A young, juicy red is ideal. The 2015 Meandro do Vale Meão is a blend of native Portuguese varieties from the Douro Valley, and pairs perfectly.

The rump cap is a marbled cut from the sirloin and considered one of the most tender and delicious parts of the cattle. Our David Blackmore full-blood wagyu rump cap has a marble score of 9+ and delivers a soft, caramel-like flavour.

Pair with: something that shows ripe, juicy flavours, like the 2015 vintage Marchese Antinori Chianti Classico Riserva from Tuscany, Italy.

The hanger comes from the lower belly of the animal and is prized for its full flavour and soft texture. It has an amazing, rich flavour and creamy texture.

Pair with: a medium body red such as the 2016 Casa Castillo ‘El Molar’ Garnacha from Jumilla, Spain.

Ribeye, as the name suggests, comes from the rib section of the cow. It’s cut off the bone and is jam-packed with flavour. It has a high marble score, making it rich and smooth in texture.

Pair with: something with a bit of age, like the 2013 Rocche Costamagna ‘Rocche dell’Annuziata’ Barolo from Piedmont, Italy.

RELATED: A guide to the 4 high-end steaks you need to know 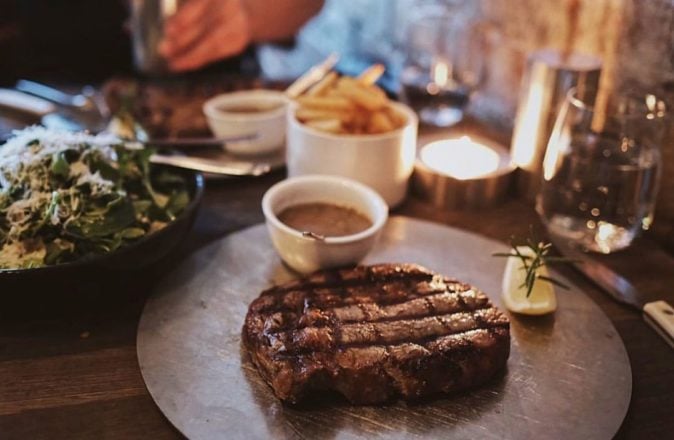 16 Best Steak Restaurants In Melbourne For Your Next Lads’ Dinner 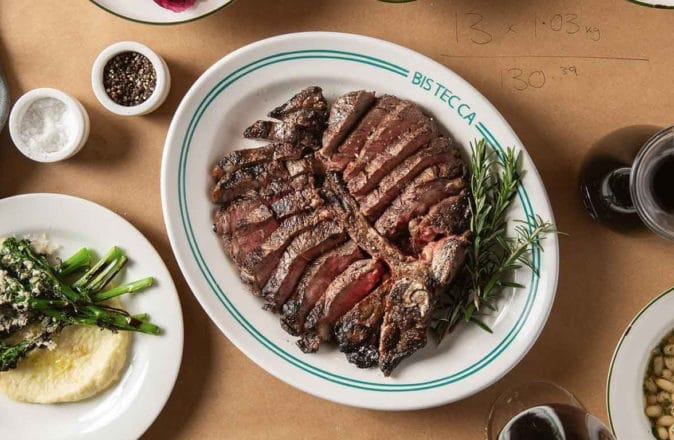 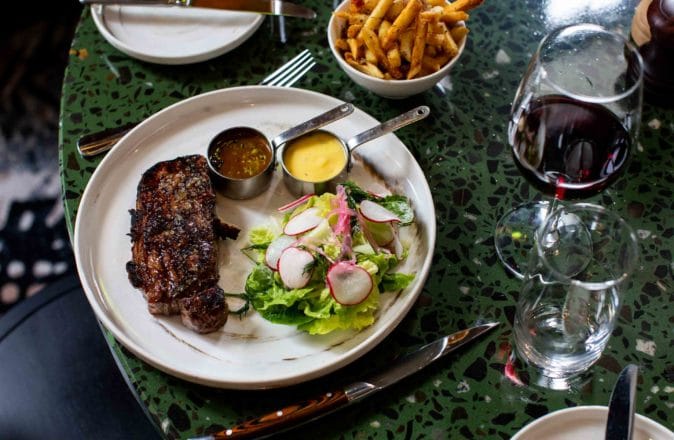 The Top 5 Melbourne Steak Nights In 2020