The World’s First Ramen Omakase Restaurant Has Opened In Sydney 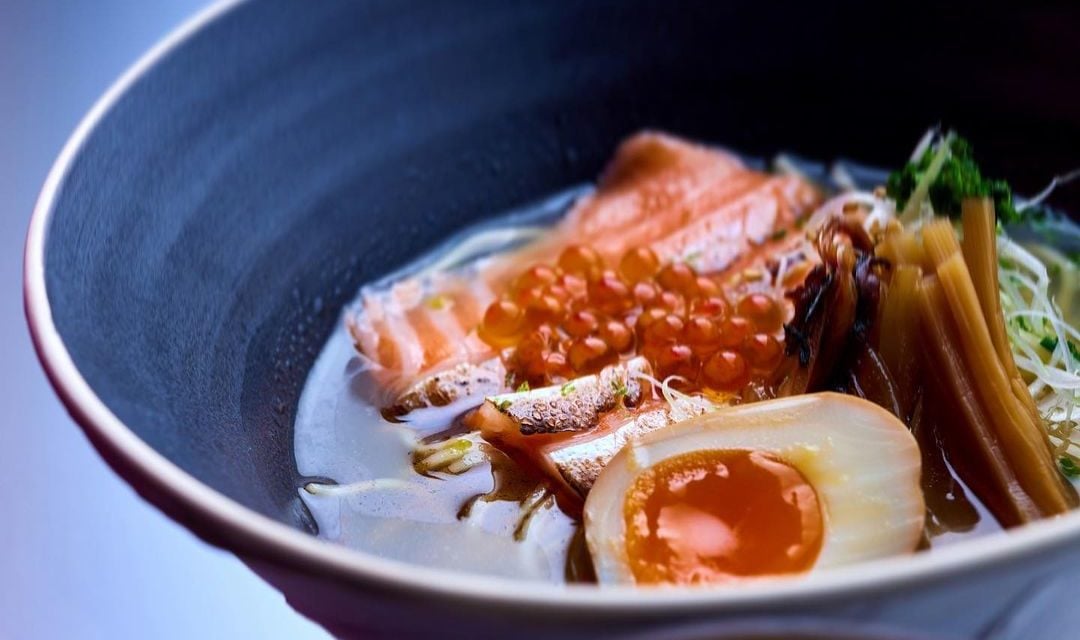 Ramen is often a one-and-done meal, with a steaming bowl of Japanese noodle soup almost always going down like a hammer straight smashing whatever appetite you think you had before you picked up those chopsticks. Many a man has been defeated by the best bowls of ramen so the thought of even having more than one in the same sitting would understandably send the best of us running. Regardless, multiple courses of ramen in the same meal is exactly what one of Australia’s most respected Japanese chefs, Chase Kojima, is betting on with the opening of Senpai Ramen Sydney – ostensibly the world’s first ramen omakase.

For the uninitiated, omakase is amongst the most premium Japanese dining experiences available. Literally translated as “I leave it up to you,” an omakase essentially means that the entire meal is split into multiple courses directed by the chef in the absence of an actual menu. Considering this, an omakase is different each and every time, and what’s served during the session depends on various factors like daily produce, personal whim and often Japanese whisky or wine pairings.

With Senpai Ramen, Kojima – best known as the head honcho of The Star’s Sokyo – will focus on presenting ramen in an entirely unexpected way, fitting multiple bowls into a wider omakase without overwhelming diners. The ever-changing set menus will present five, six or seven-course meals that kick off with smaller plates and then progress towards several signature ramen varieties including tonkotsu ramen with seasonal flavours and premium toppings like A5-grade charcoal wagyu and 13-hour cooked abalone.

Set up as a sister venue to Haymarket’s Simulation Senpai, which is Kojima’s casual sushi and sashimi restaurant, Senpari Ramen is located just outside of Chatswood Chase nearby other Sydney casual dining fixtures like Butter and New Shanghai. And despite just opening, Ramen Senpai has already been one of the most hyped new restaurants in Sydney. Although that’s no surprise; Kojima has already proven himself to be a dependable chef when it comes to flipping traditional Japanese cuisine and finding new and creative ways to express his cross-cultural experience.

PS40 bartender Michael Chiem has come onboard to create several cocktails that will be paired with the smaller dishes in the omakase, which should see Kojima play around with fresh produce like highly-prized tuna belly and sea urchin. Since an omakase is just as much about the careful pacing as much as it is about the ingredients and techniques, some of the starting dishes will be over in one or two bites and then escalate towards the bowls of ramen. It’s unlikely any of the ramens will be full-sized bowls.

The price he’s charging is also incredibly reasonable. Usually, when you think about Sydney’s best omakase restaurants you’re easily looking at north of $200 and an investment of a couple of hours. At Senpai Ramen, sets start from $65 with an option of adding on courses, and the omakase will be over in about 90 minutes.

A lot of the activity for both Simulation Senpai and Senpai Ramen will take place at a centralised kitchen that has been set up close by in Artarmon, which is said to contain a new machine designed to make ramen-making much less labour intensive than it usually is. We aren’t really talking mass production here – that would be a warning sign – but Chase would need to dedicate more time than makes sense if he expects to serve that much ramen each day.

The machine also makes ramen-making safer for chefs. Apparently, a lot of chefs do get injured in the process of making a traditional bowl of tonkotsu, since pork bones must be boiled and stirred by hand for up to eight hours. 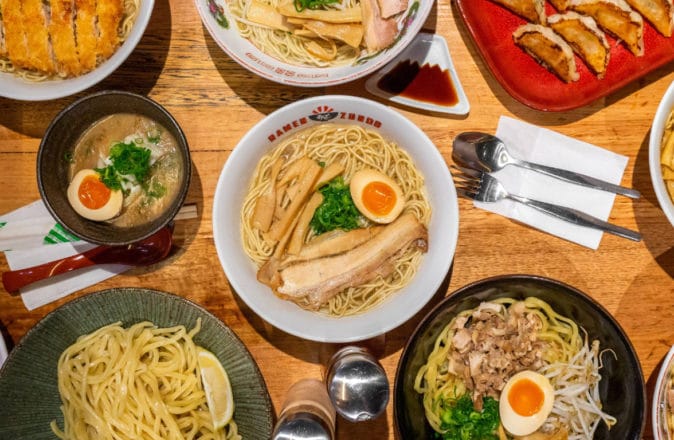