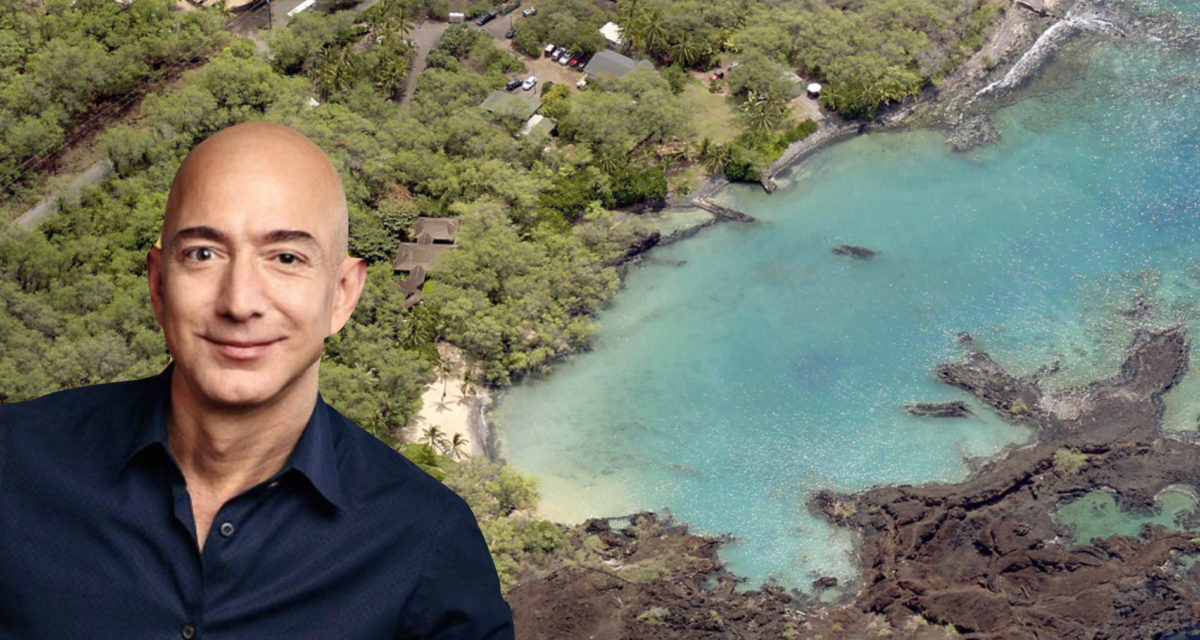 Despite his enthusiastic plans to conquer space, Jeff Bezos is still happy to call Earth home. So happy, in fact, that he has reportedly just purchased a new estate on the Hawaiian island of Maui. But in true Jeff Bezos fashion, the latest addition to his well-established property portfolio features a private bay, and is kept secluded by lava fields that Hawaii is well-known for.

In the last couple of years, Bezos has snapped up a $114 million New York City penthouse, broke the record for the most expensive property ever sold in California, and also dropped more than half a billion dollars on a superyacht. All that, however, hasn’t dampened his appetite for exclusive property, with the world’s second-richest man recently purchasing a 14-acre complex on Maui, according to Pacific Business News.

According to the local Hawaiian publication, this isn’t exactly an impulse purchase. In fact, Bezos has apparently had his eye on Maui real estate for some time, laying the groundwork for the purchase by recently donating an undisclosed sum to the Hawaii Land Trust, which is responsible for environmental conservation in Maui.

The estate in question was never publicly listed for sale, previously owned by a holding company that Bezos purchased to give him ownership of the land. As a result, the final purchase amount wasn’t confirmed (nor are there public images of the estate), but is estimated to be around US$78 million (AU$105 million), which would shatter the previous Maui record of $45 million (AU$60 million).

While the estate is located on the sparsely populated coast of Valley Isle’s south shore, it still comes with everything you might expect a billionaire would want in their latest holiday destination. The main dwelling covers a significant 4,500 square feet, dwarfing the 1,700 square foot guest house, both of which are built in a classic low-rise Hawaiian style.

The estate also has a white sand-covered private beach, a 700 square foot pool, and is surrounded by thickly vegetated bushland as well as a feature you’re unlikely to find on any other estate: cooled lava fields. That’s right, he wouldn’t be a proper Ian Flemming anti-hero without the imminent threat of a nearby volcano exploring, and Bezos has managed to find a property with exactly that feature.

Jeff Bezos isn’t the only American billionaire who has set their sights on Hawaii, with Mark Zuckerberg, Oprah, and Larry Ellison having also bought in the island state recently. With the recent announcement that Jeff Bezos was to step down from his role as CEO at Amazon, perhaps he’ll have a bit more time to spend in Hawaii too.