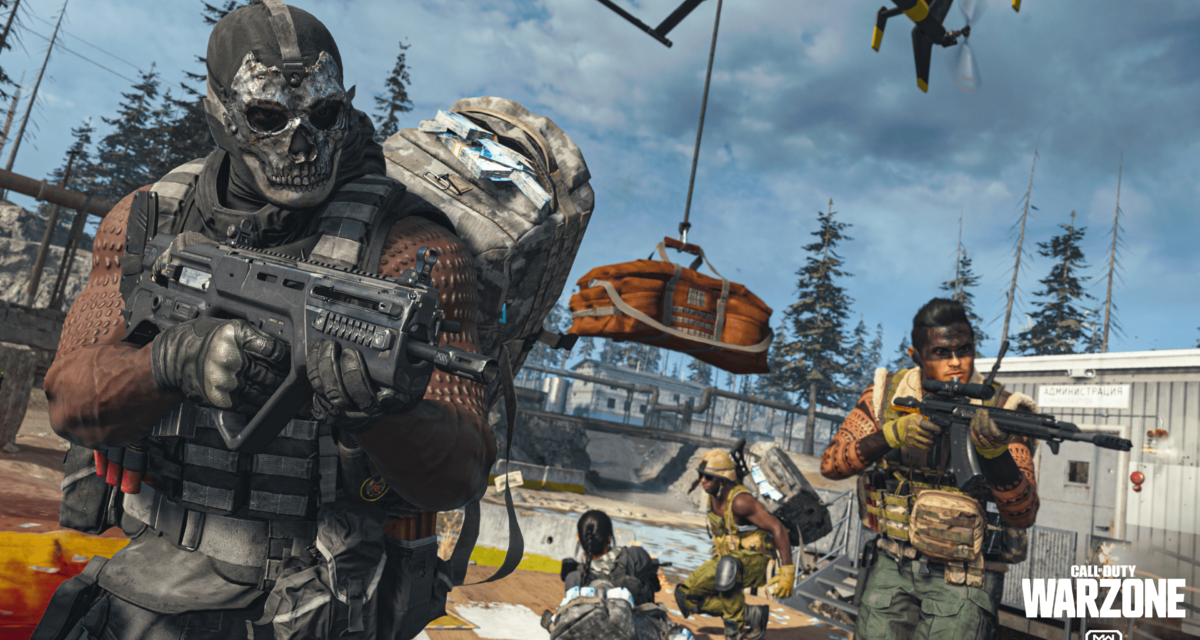 While the COVID-19 pandemic wreaked havoc on just about every sector from film to hospitality, the wave of restrictions and lockdowns has actually boosted the already massively successful video games industry. That’s, of course, not a surprise. With many stuck at home, people were bound to turn to gaming sooner or later. Fortunately, there was a lot to keep that addiction rolling, making it hard to pick out just what were the best video games of the year.

The first half of the year saw some of the best releases in a long time, with developers going unseasonably hard as Sony and Microsoft put the finishing touches on their respective next-generation machines. We got games like DOOM Eternal and Ghost of Tsushima as a result, as well as a surprising play from Microsoft’s long-running Flight Simulator series, and a battle royale iteration of Call of Duty.

If you’re looking to catch up on the year’s greatest hits, here are the BH top ten video games of 2020 to help you avoid the time-wasters and zone in on the winners.

Nostalgia is the ultimate cheat code in the gaming world and always an easy route for developer’s to expand their legacy through remakes and remodels – but it often feels cheap. Thankfully, that wasn’t the case with the long-anticipated (proper) revival of Tony Hawk’s Pro Skater 1 & 2, a package that stuck true to the original titles while adding full 4K and HDR support along with a banging soundtrack. The most iconic skateboarding games ever made felt more fleshed out thanks to the graphical overhaul, making all those triple kickflips and tough grinds hit that much harder.

Microsoft has been holding it down with their Flight Simulator series for almost 40 years now, banking on virtual piloting as an easy cash cow whenever more exciting exclusive titles are few and far between. No one was expecting them to completely switch it up in 2020, with developers Asobo Studio drawing on real-time data from Bing Maps’ satellite imagery to recreate the real world. And by the real world, I mean every single house, light, city, tree, body of water, and landmass rendered in high 3D fidelity. Even painstaking 1:1 travel times are available for those who want their flight experience to be as close to reality as possible as you complete set flight paths and attempt to nail the take-off, cruising, descent and landing with true-to-life flight physics. With VR support coming soon, it’s the perfect time-killer and easily one of the best video games of the year.

Rarely do free-to-play online multiplayer spin-offs of monster franchises hit so hard, but Call of Duty: Warzone – designed to augment last year’s Modern Warfare with a Fortnite-esque battle royale format – is a certified banger. As aggressively paced and brilliantly choreographed as the best CoD titles, Warzone added an extra layer of intelligence and scale to the tried-and-true gameplay. The result is one of the best video games of the year, and certainly one of the most addictive as you attempt to emerge from up to 150 other players. Best of all, developers Infinity Ward aren’t abandoning their creation anytime soon, with a constant roll out of new seasons, maps, and strategies.

If you’ve ever played any of the X-COM titles, you should already know what to expect from Gears Tactics. It’s basically Microsoft’s way of taking one of their most widely recognised and popular franchises, Gears of War, and distilling it down to the same muscular turn-based strategy gameplay that makes X-COM such an addictive franchise. Developers Splash Damage and The Coalition, however, throw in enough originality to keep it fresh while you control a squad hellbent on brutalising the alien-like enemies, deciding how to best spend a limited number of ‘action points’ as you hop between cover and rack up those kills.

As the first real Sony exclusive for the PlayStation 5, Spider-Man: Miles Morales had a lot riding on it. Having it as a launch title was clearly an intentional move by the company and developers Insomniac Games, who followed up their first Spider-Man title with a rapid-paced, web-slinging, building-swinging romp around wintry New York City. And it’s absolutely one of the best showcases for how consistently fast and fluid games can be on the new-generation console, moving at break-neck speed and creating an original Marvel adventure that comfortably earns its place amongst the best video games of the year.

The Last of Us is widely considered to be one of the best video games ever made… meaning the hugely anticipated sequel crashed head-on with unreasonably high expectations. There were few things this post-apocalyptic action-adventure, about a girl who is immune in a world of infection and set on a warpath of revenge, could do to disappoint. It has the same slick sense of style and measured action sequences that made the original a classic, and while developers Naughty Dog made some ill-advised narrative decisions, the gameplay was more than enough to make The Last Of Us Part II one of the best video games of the year.

When FromSoftware put out Demon’s Souls for the PlayStation 3 back in 2009, the studio started what is easily one of the most widely acclaimed video game series of the 21st century. Although also the most punishing, presenting a challenge that even the most hardcore of gamers would shy away from due to just how difficult and unflinchingly brutal it could be. For the PS5’s launch, Sony tapped Bluepoint Games to completely rebuild the masterpiece, perfectly showcasing the swift action and expansive world of knights and beasts in next-gen graphical glory.

When you think about how long it’s been since Valve’s Half-Life 2 (released in 2004), the latest instalment in the acclaimed sci-fi series feels like vindication for gamers the world over. Almost immediately, the virtual-reality title was slapped with “instant classic” status – and rightfully so. The level of immersion and detail in this atmospheric shooter is second-to-none, really getting at what VR is capable of in 2020. The survival sci-fi shooter is unlikely to be bested anytime soon.

Already clocking five million copies sold, Ghost of Tsushima is Sony’s swan song exclusive for the PS4 and the fastest-selling in the console’s history. That’s no surprise – the action-adventure game is nothing short of stunning, illustrating Japan as an immersive open-world and featuring action that’s both blindingly fast and chaotic, and slow and stealthy to cover all bases of a hyper-skilled samurai on a quest to protect an island during a Mongol invasion.

There’s no two ways about it. DOOM Eternal is, as expected, one of – if not the – best video games of 2020. The classic hellish shooter franchise went through a surprising reboot in 2006, and Eternal improves upon it in every way. The sweat-inducing action is synced perfectly with a heavy metal soundtrack, scoring arena-style warfare as you wield all sorts of shotguns and chainsaws to dismember demons in a non-stop gory spectacle.