As we stated in a previous article about the unrivalled Fairchild Republic A-10 “Warthog” Thunderbolt II jets making Swiss cheese out of a fucking armoured Humvee: everybody’s a gangster until the sky starts spraying. And anyone who needs a quick reminder needn’t look further than the following footage of the AXALP annual airshow, wherein the Swiss Air Force – as the headline indicates – invited spectators to witness its heavy-duty hardware run live-fire target practice through the mountains (and above the Swiss ski town of Axalp, no less).

Hosted specifically at the Ebenfluh firing range near the summit of the 7,614-feet (2,321-metre) high Axalphorn mountain located in central Switzerland, many have gone ahead and called the following demonstration the greatest air show ever experienced.

The origins of the Axalp Air Power Demonstration itself reportedly traces back to World War II, when General Guisan proposed both Swiss Military personnel and civilians retreat to the mountains; due in large part to the threat of a possible invasion by Nazi Germany. This exact threat also provoked the Swiss Air Force to rethink its ability to attack enemy ground forces in the mountains.

“The program of the 2021 edition included strafing runs with F/A-18C/D Hornet fighter jets, a demo display of the Pilatus PC-21 trainer, a Special Forces operation, firefighting operations, and demonstrations of the flight characteristics of the Cougar helicopter and F/A-18 – a special guest in the form of the beautiful “Tiger” Hunter and the Patrouille Suisse,” explains The Aviation Geek Club.

“[Notably[, the two-day exercise – which was due to take place also on October 2020/2021 – had been cancelled on Thursday because of the bad weather at the Ebenfluh firing range.”

WATCH: A-10 Warthog Jets Run Target Practice On A Humvee 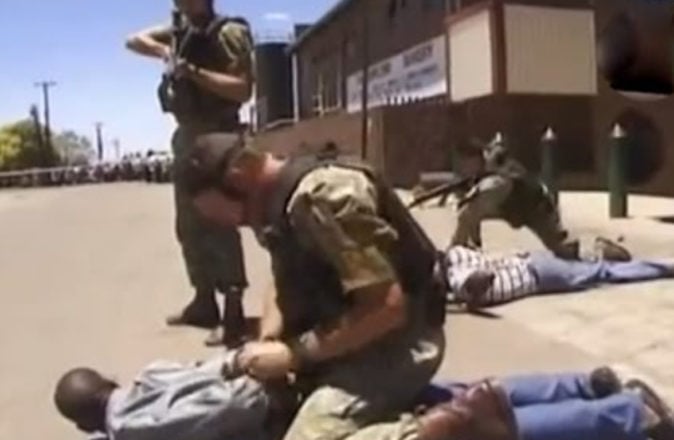