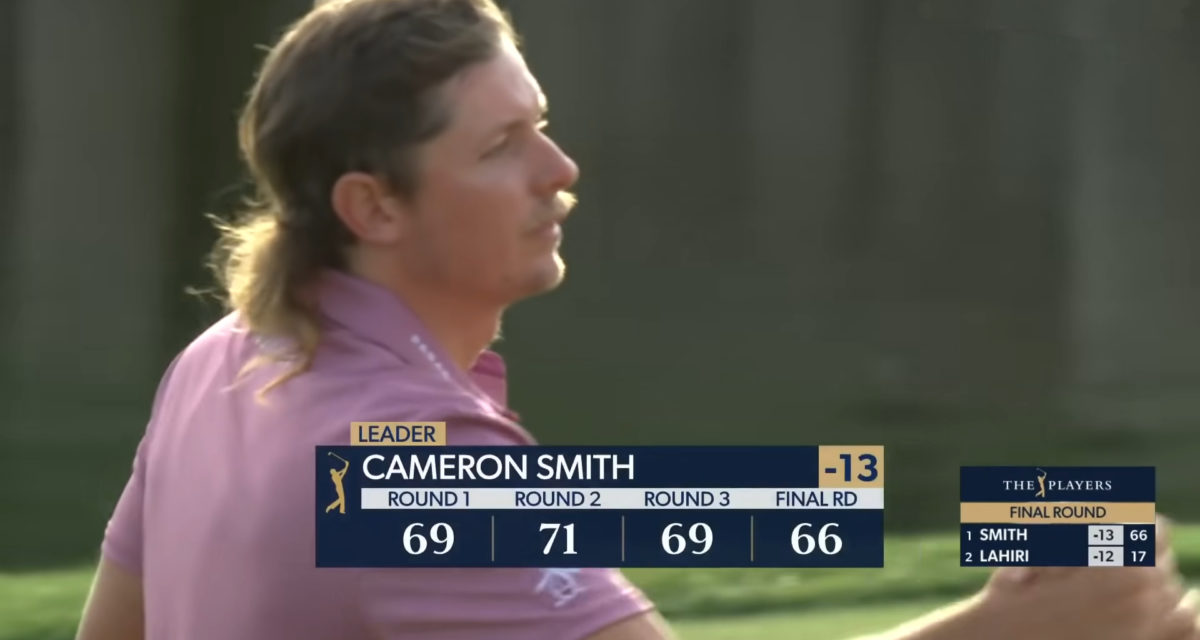 True-blue Aussie Cameron Smith has managed to outlast Anirban Lahiri by a single stoke in the nail-biting final round of the 2022 Players Championship. The Queensland native prevailed from the noted PGA Tour event in rather dramatic fashion – walking away with a record 10 birdies, shiny new #6 ranking, as well as US$3.6 million / AU$5 million worth of prize money (currently the biggest winner’s cheque in golf).

As he approached the par-3 17th, Cam Smith already held a two-shot lead. But with nerves of steel and the wind in his mullet, the homegrown talent was determined to seal the deal with a birdie at the very same hole that made fools of Scottie Scheffler, Xander Schaufele, Brooks Koepka, Collin Morikawa, just days ago (due in great part to the chaotic 55 km/h winds). Understandably, his full-send was quickly labelled one of the shots of the day.

“Yeah, I mean, I’d be lying if I didn’t push it a little bit,” admits Cam Smith.

“The wind didn’t really do much… that was just awesome.”

“I feel as though I’m playing the best that I’ve ever played.”

The W, as it were, would still require some finessing thereafter. Our fair-dinkum hero later found himself in the pine straw with his tee shot down the 18th. This time around, there was just a little too much mustard on his swing and his ball found the drink. Smith came in clutch with a bogey and finished 13-under, pressuring Anirban Lahiri to make a birdie and force a playoff. After the latter failed to deliver, the former was declared the PGA Tour event’s victor.

“My main priority really was to hang out with [my family] and golf was second for these few weeks, so it’s nice to see them and nice to get a win for them,” Cam Smith said of his mother Sharon and sister Melisa afterwards.

“It was unreal. I haven’t seen them for two-and-a-half years [because of COVID-19]. Golf really took a back seat the last couple of weeks… I didn’t spend much time at the golf course last week, I spent a lot of time here this week. It’s really nice to give mum a hug.”

Cameron Smith joins the revered company of Jason Day (2016), Adam Scott (2004), Steve Elkington (1997), and Greg Norman (1994) as the only Australian golfers to ever win the Players Championship. 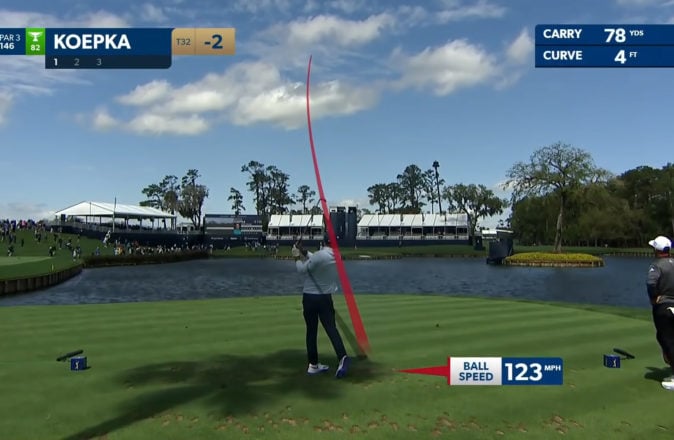