Inside The Mind Of World-Class Athlete Colin Scotts 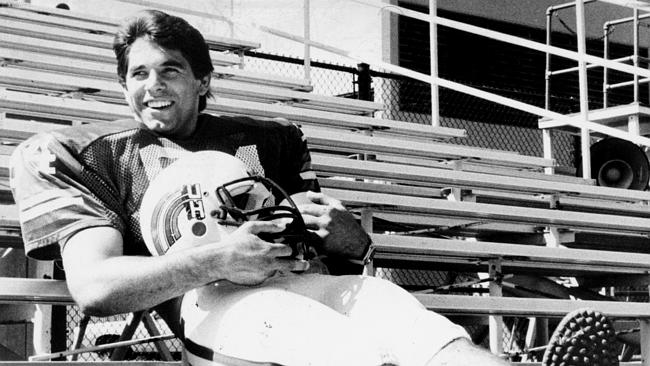 In the lead up to the next week’s NCAA College Football opening match in Sydney, we caught up with Colin Scotts, the first Australian recipient of an American Football Scholarship. Aussie at heart and champion by nature, Scotts shared some deep insights into how the mind of a professional athlete operates.

“Throw enough boomerangs, one will come back”

We all go about our days, each with our habits, some routines better than others, but what exactly does a champion do in a day that makes them a champion? We asked Scotts which habits of his were pivotal in contributing to his athletic success. “Persistence will outlast education and talent. If you throw enough boomerangs, one will come back. Find your passion and don’t listen to the people that say you can’t… Don’t be afraid of mistakes and remember that life starts at the end of your comfort zone. That’s what helped me”.

Even professionals make mistakes. If Scotts had the chance to re-iterate life and do it all again, Scotts would pass on the following advice to a younger version of himself (or any aspiring reader) – “push boundaries, have no regrets, take care of your health, treat people with respect and LAUGH at yourself so no one can laugh at you”. As this sentence was a lot to digest, I had to pause the interview and take a moment to take that in. You may have heard it before, but think about it…

Amidst our work to-do-lists, managing our finances, family, health and socialising, life can be overwhelming – so can the life of an athlete. With immense external pressure to perform, coupled with internal pressure to improve and compete amongst the world’s best athletes, Scotts was able to shed insight into how he coped. “It’s all about making sure you can do the best you can do. Be the best version of yourself. I tried to calm my mind by envisioning myself doing great things. I would try reach a deep meditative state before the game. And of course, I had a 100% desire to back the boys. Doing so, I knew that it would encourage the boys to do the same… I just want to emphasise the importance of how consistency is the key to being an athlete”.

I get back and shoulder pains just from surfing, gym and sitting at a desk. The physical toll an NFL player’s body takes is nothing short of immense, making my pains seem truly wimpy. The thought of having some of the fastest, strongest athletes in the world take you out with all their might, inducing acceleration of up to five-G’s, day after day makes me squirm. So what are two things an ex-pro does to keep his body in optimal health? “First, nutrition is key. Your stomach is your second brain so take good care of it by feeding it quality food”. Scotts is a big fan of probiotics, whey protein and intermittent fasting. “Second, you’ve got to keep moving and LOVE doing it… it costs nothing. It’s easy to lead an alarmingly sedentary life, but your body was designed to move. That’s how we evolved”.

“You’ve gotta know that there’s no regret in having a crack, but there will be regret if you don’t give it a crack”

After decades of training leading up to Scotts’ success, it came to an abrupt end when he snapped his achilles during an NFL match. He would never get his speed back, marking the end of his NFL career. But Scotts persevered, having immense gratitude for the career he had enjoyed so far and soon moved on to wrestling. If he was able to pass on one bit of advice that would help develop the mentality of a champion, it would be this: “The big tip is YOU actually have to do it. Put in the sacrifice and make baby steps, one after the other… You can dream about it all you want, but if you don’t action that dream nothing will happen. Back yourself and have no regrets doing so… If you do this you will either be learning, winning or gaining at all times. You’ve gotta know that there’s no regret in having a crack, but there will be regret if you don’t give it a crack”. Some hard-hitting words.

True to Scotts’ nature of growth, he recently announced that he will donate his brain to medicine for vital insight into how professional sportsmen suffer and to potentially mitigate the damage done by on-field concussions.

Next Sunday, the Stanford Cardinals will take on the Rice Owls in a legitimate, playing-for-championship-points, season-opening, non-exhibition, first-string NCAA College Football match. With pre-game tailgate parties, cheerleaders, all-you-can-eat seats and dam-right traditional American cuisine, Aussies will be flocking to Allianz stadium to get unapologetically involved in the over-the-top, full-blown American Football, quasi-college life.