WATCH: Jon Rahm Sinks Greatest Hole-In-One Ever At The Masters 2020 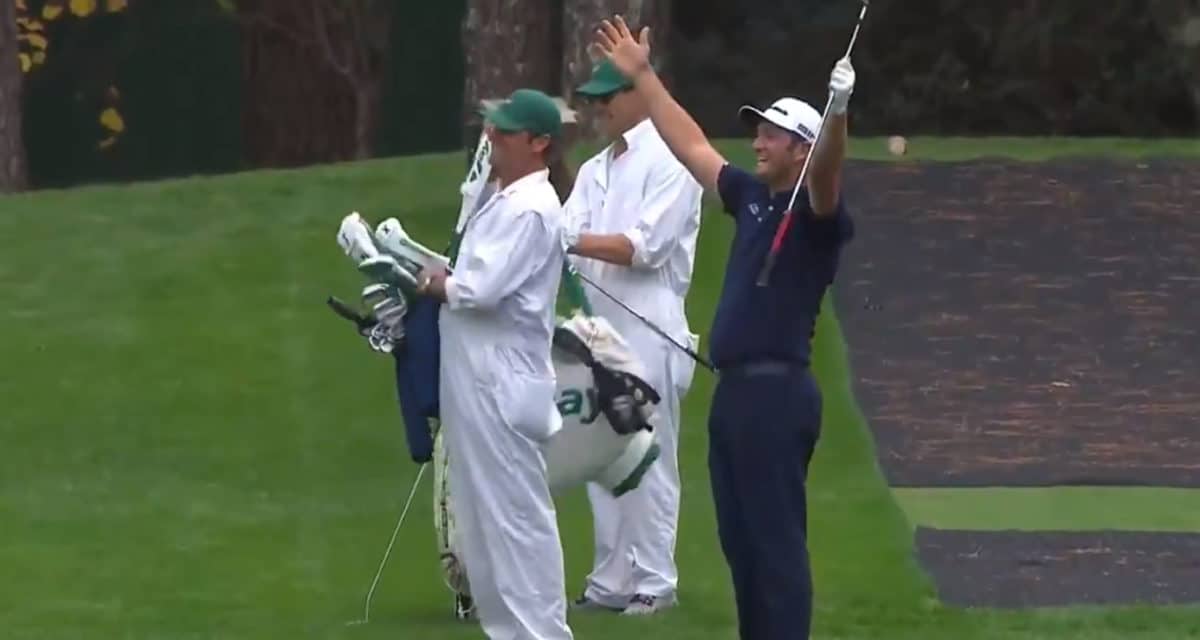 Golf fans may have endured a longer wait than usual this time around, but if what we’re already witnessing in the warm-ups is any indication, The Masters 2020 should be a memorable one. At the par-three 16th during his practice round, Jon Rahm managed to skip the ball across the water, curling it back onto the green, before sinking what many are already hailing the greatest hole-in-one ever. The second hole-in-one in two days and on his 26th birthday, no less.

This year’s event will mark Rahm’s fourth Masters Tournament. The Spaniard placed ninth in 2019, claimed a career-best fourth in 2018, and finished twenty-seventh in 2017. His first obstacle on the long and difficult road to victory will be US Open winner Bryson DeChambeau, who Rahm is scheduled to play against in the first two rounds.

“There’s [a] Spanish history of champions here, with three great champions and three idols of mine, that I would love to be able to add my name to that list,” says Rahm.

“This is the 40th anniversary of [Seve Ballesteros‘] first win here at Augusta… Five green jackets go out to Spain. Hopefully, I can be the sixth.”

Watch the glitch-in-the-matrix moment / Jon Rahm sinking the greatest hole-in-one ever below.