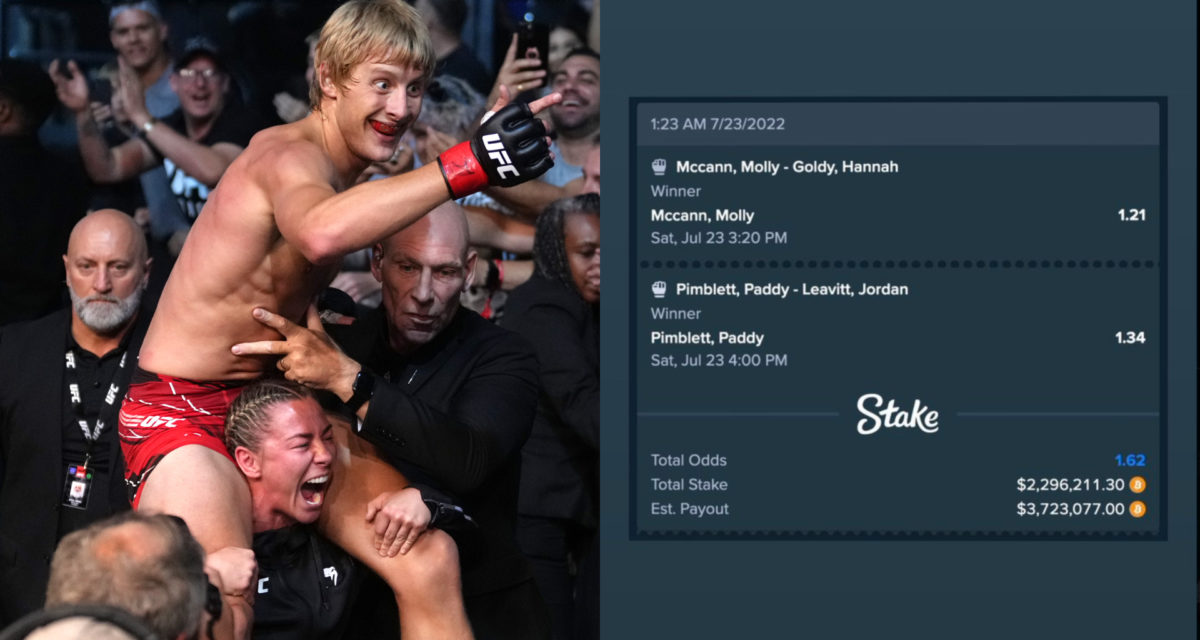 Paddy Pimblett and Molly McCann are quickly gaining an international fan club, which now includes Drake after helping him clear a sizeable bet during this past weekend’s UFC London event hosted at The O2 Arena.

After showcasing some late-stage dominance in Round 1, Pimblett would submit Leavitt via rear-naked choke in the second round and – true to his promise – teabagged his opponent a la Call of Duty. Ms McCann, on the other hand, repeated history with another TKO finish by way of a vicious spinning elbow against Goldy, followed by several unanswered punches.

It was almost enough to make up for the headlining bout between heavyweights Tom Aspinall and Curtis Blaydes; the former forced to withdraw in front of a home crowd after just 15 seconds of competition due to a “freak” knee injury. And an even greater outcome for the beloved Scouser duo after Drake promised them gifts of the Rolex variety.

“Can I just throw out there to ESPN, Drake – did I say before? – I know, I’m drunk… Drake is buying me and Paddy a new Rollie each,” Molly McCann revealed during her post-fight interview.

“We’ve just been messaging on Instagram and he’s like, ‘Yeah — you’re getting a Rolex each for that,'” interjected Paddy Pimblett.

6 God himself posted on his account: “Rollies for Meatball and The Baddy.”

On top of the Drake love, both Paddy Pimblett and Molly McCann were awarded US$50,000 / AU$71,870 Performance of the Night bonuses.