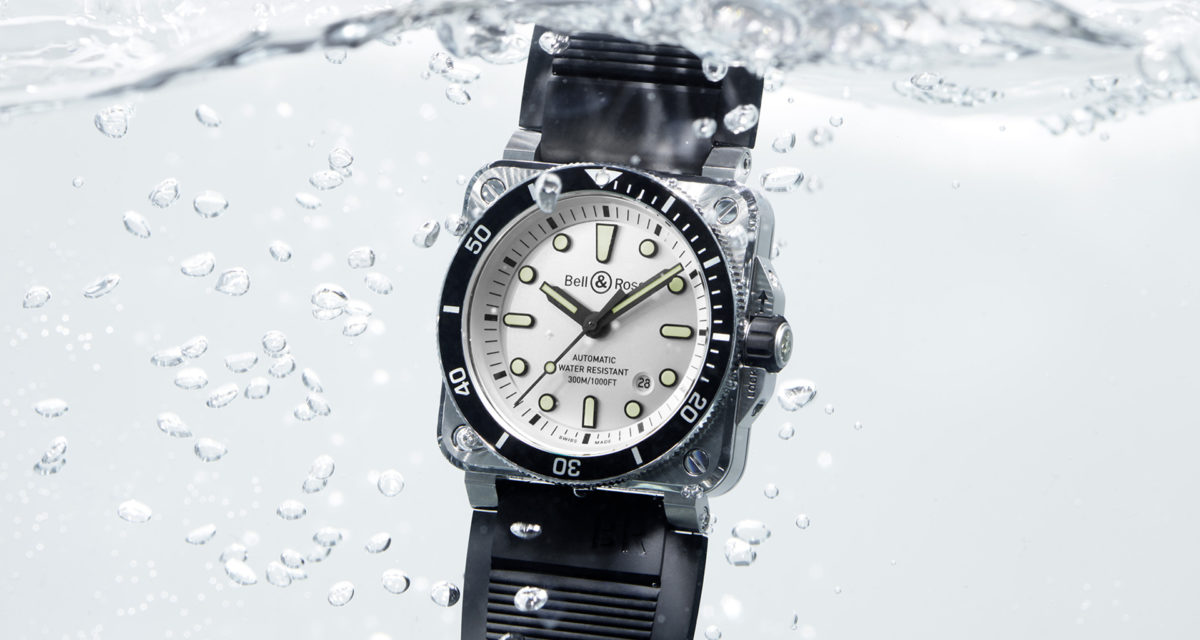 Bell & Ross is best known for its instrument-pannel-inspired tool watches, specifically focused on military and pilot’s watches. However, the French-founded watchmaker has an impressive catalogue for such a relatively young brand, with a pedigree in creating dive watches that dates back more than 25 years. Now, Bell & Ross has released a pair of modern dive watches in the BR 03-92 White and Brown Bronze Divers.

Created within the BR 03-92 design that was first launched in 2017, both of the new dive watches feature 42mm cases, with one executed in bronze and the other in steel. Offering Bell & Ross’s instantly recognisable circle-within-a-square design, both of the new timepieces have more than a couple of similarities, at the same time delivering a very different impression on the wrist.

First looking at the stainless steel BR 03-92 Diver White, we have a timepiece that will become a permanent part of the Bell & Ross catalogue moving forward. With a slightly more conservative styling than its bronze sibling, the Diver White features an almost opaline dial hue, after the matte surface received a metallised treatment.

RELATED: The Bell & Ross BR05 GMT Is A Perfect Companion For Your Next International Flight

The black ringed hour markers and hands cut high contrast figures against the polar-like dial, filled with light green Super-LumiNova that can also be found in the bezel details. The black 60-minute bezel adds further contrast to the impression on your wrist, framing the dial nicely against the brushed steel case.

Inside, you’ll find the automatic calibre BR-CAL.302, which runs at 28,800vph while offering just 38 hours of power reserve. The BR 03-92 Diver White arrives on one of Bell & Ross’s famously comfortable black rubber straps, as well as an additional resilient black synthetic fabric strap.

Next up, we’ve got the coloured metal limited edition in the BR 03-92 Diver Brown Bronze, of which 999 pieces will be created. It features the same 42mm case, which has instead been made using satin-finished and polished CuSn8 bronze. It’s a copper-heavy alloy that has been used in watchmaking before by the likes of Zelos, chosen for its slightly redder tone than other aluminium-rich bronze watchmaking alloys.

Maintaining the warmth of the case metal is the rich brown dial and bezel, which perfectly complements the overall impression of the bronze dive watch. As is common with many bronze watches, to avoid any minor allergic skin reaction, the caseback is made from stainless steel, which guarantees the watch to 300m of water resistance.

The rest of the specifications are identical to its stainless steel and white family member, apart from the textured calfskin brown leather strap with a bronze pin buckle. In addition to the leather strap, the watch also arrives with a black rubber strap, so as not to ruin the leather while swimming or diving with the timepiece. 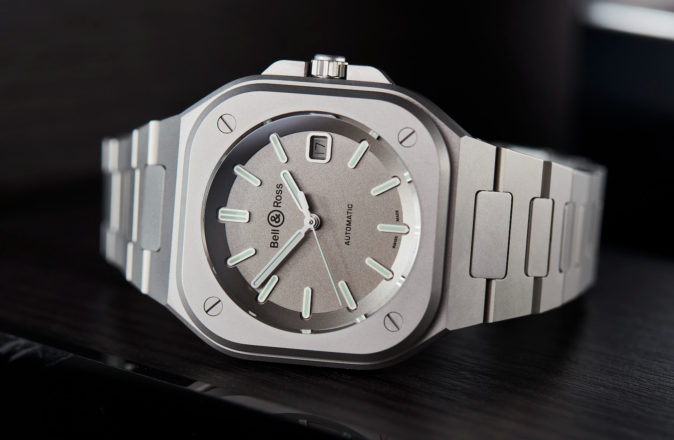 The Bell & Ross BR 05 Horolum Is Built For Everyday Exploring 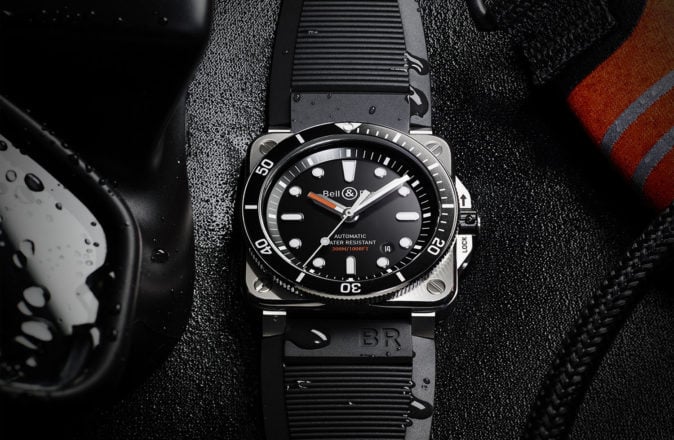