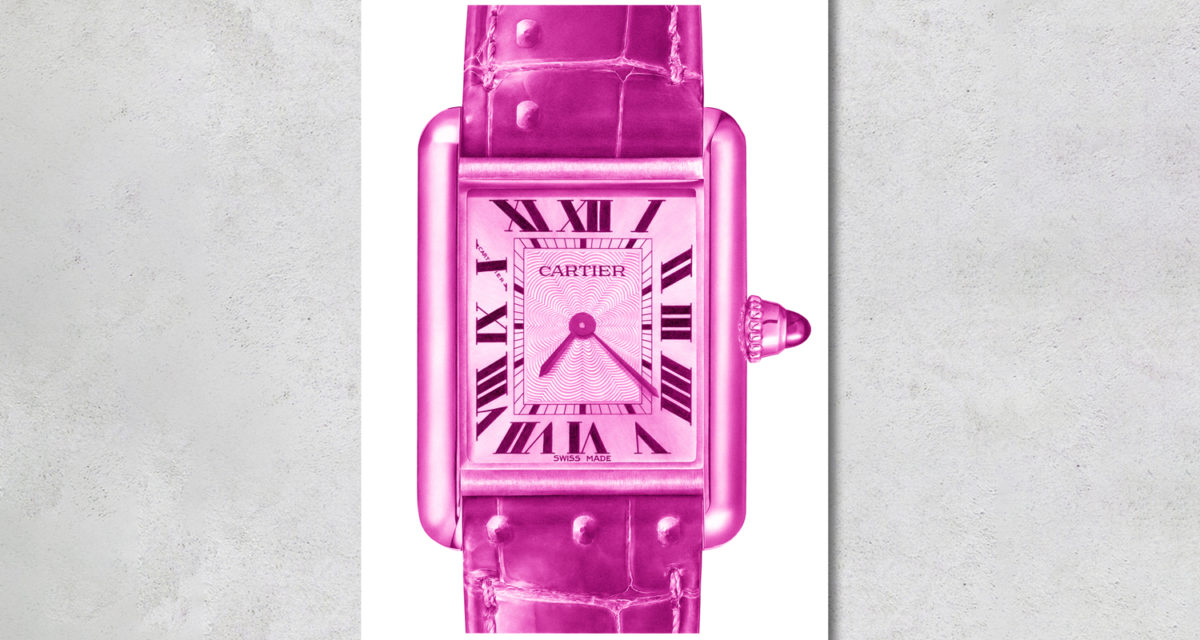 The watch industry is no stranger to charity with initiatives like the biennial Only Watch raising tens of millions of dollars at every auction. But more and more lately, the watch industry has shifted its efforts towards good causes, with the Watch & Act! auction by Time+Tide raising money for the Australian bushfire relief, and the Covid Solidarity Auction by Revolution & The Rake helping those affected most by the pandemic. This week, Revolution and The Rake have officially announced another auction – The Pink Dial Project – to raise money for the important work of the Union of International Cancer Control.

The Pink Dial Project is set to be a week-long online auction from the 25th of October, featuring one-of-one unique watches produced by some of the biggest and best brands in the industry. Wei Koh, Founder of Revolution & The Rake, is the man behind the operation who has worked closely with 20 different brands and craftspeople on creating interesting watches based around the theme of the colour pink.

“We have asked the leaders of our favourite brands to make a single ‘Pink Dial’ prototype watch,” says Koh.

“We explained that it could be any model in their collection but for us, the more badass the watch, the cooler it would be for it to wear a smoking hot pink dial as a badge of honor to show we are united in this fight against breast cancer.”

Of the participating brands, there are many household names, including IWC, Bulgari, Longines, Montblanc, Panerai and many more, as well as several smaller craftspeople such as Anordain and Julie Kraulis (Julie hand drew the pink Cartier Tank at the beginning of this article). Among the many highlights, here are five of our favourites.

If there was ever a watch that looks like it was inspired by the Lockheed F-117 Nighthawk stealth jet, it’s the matte ceramic version of the Bulgari Octo Finissimo. Not only does the angular case and bracelet look like it’s absorbing enemy sonar signals right there from your wrist, but this version with a pink sub-seconds dial in the 7 o’clock position adds the subtlest pop of colour. Complete with a specially finished sapphire crystal caseback, this watch is sure to have heated bidding for it.

It was only at the beginning of this year that IWC announced the refreshed and revitalised Big Pilot collection, newly available in an almost universally wearable 43mm case size. Already, the Schaffhausen-based team has been hard at work adapting the new collection for The Pink Dial Project auction, producing a vibrant pink dial that contrasts nicely against it’s steel case and white textile strap. Featuring the auction logo on the caseback, this might be remembered as the only pink Big Pilot in history.

When Maximilian Büsser and his team announced the M.A.D.1 to the world, a frenzy of interest was born around this deeply unconventional wristwatch. Featuring an eyecatching spinning rotor on the top of the watch, the time can be read via the rotating discs near where the strap meets the bottom of the case. While just a few of the M.A.D.1 watches were ever made, this unique piece features a special pink treatment on the disc that reads the hours. With that much hype around the original M.A.D.1, this is sure to blow up it’s estimate.

Within the Longines stable, the Record collection is synonymous with clean lines and elegant finishing. This unique watch produced for The Pink Dial Project is a spin on the Australian Edition that was first released in 2020 as a 35 piece limited edition. Complete with a mother of pearl dial, 52 internally flawless VVS diamonds and another 13 diamonds scattered around the dial as hour markers, it’s an exercise in tasteful restraint.

Another twist on a classic is this Panerai PAM02021, which is not only beautiful thanks to its Goldtech™ case metal, but also because of its iridescent pink mother-of-pearl dial. The case measures a diameter so modest you could be forgiven for thinking it a mistake, at 38mm, which perfectly compliments the dial and accompanying shiny pink alligator strap. This one is another exercise in understated bling.

The auction will take place from October 25th at 8pm AEDT, on the auction platform Loupe This.