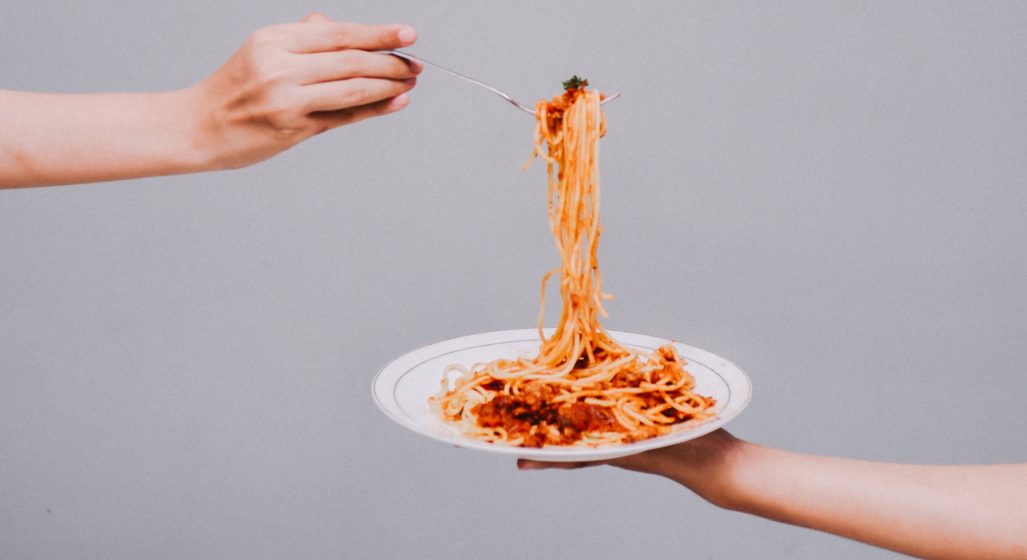 Spaghetti Bolognese has to be one of the most universally loved and poorly executed dishes in the Australian dinner repertoire. I’m no chef but I am a Bolognese snob and I take its preparation dead serious. Over the course of COVID, I’ve been honing my recipe and selecting the very best ingredients to salivate over the end result. After prioritising the best ingredients, on my last attempt I decided to substitute the meat for a lower-cost alternative to decide – once and for all – if generic supermarket mince has any place in bolognese sauce. It does not.

Despite popular assumption, Ragù Bolognese has no definitive tie to the city of Bologna, in Northern Italy – although that didn’t stop the Bologna Delegation of the Italian Academy of Cuisine file the official recipe for ‘Bolognese Classic Ragù’ in 1982. Historians generally agree that earliest documented version of the dish originated in Imola, just east of Bologna, as an adaptation of the French meat stew ragoût, brought by soldiers when Napoleon invaded Italy in 1796.

The word ragù comes from the French verb ragouter, meaning ‘to add flavour’ or ‘to stimulate appetite’. Affluent Italians (and most likely their cooks), fascinated by French cuisine continued to experiment with the dish adding new ingredients such as tomato, which appeared for the first time in 1790 in the ‘Maccheorni alla Napolitana’ recipe, contained within the cookbook ‘The Modern Apicius’ by Francesco Leonardi.

In 1891 an Italian businessman, Pellegrino Artusi published a ‘Maccheroni alla Bolognese’ recipe in his book ‘La scienza in cucina e l’arte di mangiar bene’ or ‘Science in the Kitchen and the Art of Eating Well’. Artusi’s recipe is a primitive version of what we know bolognese to be today and formed the foundation of the official recipe filed in 1982, which you can reference below before diving into my steps.

As this Bolognese sauce is a topic I’m truly passionate about, I thought I’d throw together a list of key steps to help you create the best Bolognese you’ve ever wrapped your laughing gear around.

If you don’t have a heavy-based enamel saucepan such as a Le Creuset or similar, don’t bother reading on.

Seriously though, a Bolognese cooked in a Le Creuset is abundantly better than sauce cooked in a conventional metal saucepan – the distribution of heat is unmatched. The method for the ‘official recipe’ above even calls for a 20cm Terracotta pot, so no excuses. If you’ve been looking for an excuse to buy one, here it is. No, a slow cooker isn’t the answer.

Quality meat is where your attempt at a game-changing Spaghetti Bolognese begins and ends – because there is really no substitute. I’m bullish on a beef and pork 50/50 split and it cannot, for the love of God, be lean. Fortunately, premium beef mince is a lot easier to find (E.g. Cape Grim’s Premium range) and I think you’re better off going for 100% beef if you can’t access good pork mince. I have tested this recipe with a combination of veal, beef and pork and the addition of the veal only detracts from the fat contributed by the beef and pork. Veal is often called for in recipes but it’s not for me.

Ultimately your butcher is the best place for freshly ground mince and it’s even better if they do it on the spot for you. Nicholas & Co in Edgecliff does a Wagyu mince & will mince fatty pork for you if you ask – this combination has resulted in my tastiest execution yet. If I’m in the city (Sydney) I head to Dong Nam A & Co butcher on Campbell St to source fatty pork mince that my girlfriend and I use to make dumplings – it’s sensational. As I said above, we used a Tarra Valley Beef & Pork ‘Brilliant Bolognaise’ mix to compare our meat sauce last time and it was anything but brilliant.

If you want shit spaghetti bolognese, start with shit mince.

If you strive for the type of flavour that makes you stop and appreciate the meaning of life, a top-shelf, smoked, cured meat is the answer. Again, the better your cured meat the better the end result. I discovered the perfect addition in Pialligo Estate’s dry-cured & smoked lardons. Occasionally they have supply issues at Harris Farm (I emailed them to ask) so if you find some, grab an extra or two and freeze them for next time. They are the secret ingredient.

I opted for their smoked streaky bacon last time but it wasn’t the same. Whether you choose pancetta or bacon, you want as much fat as possible to interact with the olive oil for a good 5 minutes and the smokier it is, the better. Sure $10 might be a lot to spend on what will become 200g of finely chopped, indiscernible specialist cured meat but it’s a worthy investment. 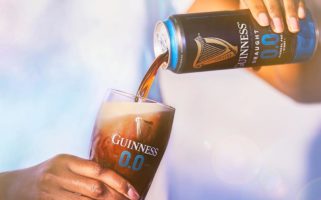 Non-Alcoholic Guinness Marks A Huge Step For The… 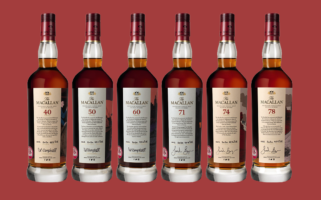 Sotheby’s To Auction 78-Year-Old The Macallan In Six… 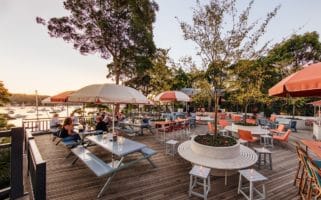 Sofrito is the holy trinity of onion, carrot and celery that forms the foundations of many an Italian dish. Ensure your onion is finely chopped and then grate both the celery and carrot, throw in with crushed and diced garlic cloves.

It’s important to cook your Sofrito with a generous glug of olive oil and over low heat until translucent, soft and jammy, with the vegetables sweating all of their goodness into the pot. Don’t rush this step, revel in the moment, stirring occasionally and gracefully with your favourite wooden spoon, ensuring you get all the goodness off the edges. Remove it, fry the cured meat in its oil (and an extra splash of olive oil) over medium high heat, then add the mince till brown and return the sofrito.

5. You Need To Cook Off Wine & Tomato Paste/Puree

Many classic Italian recipes opt for a dry white wine, I prefer the end result with a full-bodied red wine (my best attempt was executed with a Malbec) and I’m a firm believer that the better it is, the better the result. The red wine needs to be cooked off in the sofrito and mince mix to the point that is completely absorbed and the alcohol is cooked off, not added to the sauce later. Any tomato puree/paste also has to be fried off, over a medium heat, prior to the passata going in. This will avoid that overly acidic, fluffy-roof-of-the-mouth feel which is unpleasant and all too common in inferior sauces. Add salt and pepper to taste.

Some Bolognese recipes call for beef stock, but your beef should be of high enough quality to pave the way for passata. I have tested this recipe with the addition of 500ml of Maggie Beer beef stock and the end result is far less rich than when using only passata, which isn’t my preference. The majority of passata includes acidity regulator – a quick reference to the jar ingredients will show you. We want pure 100% passata here – the Mutti stuff works fine. Also, it should go without saying that any flavoured passatas/sauces are a hard pass.

Many Bolognese sauce recipes call for the addition of a bay leaf or two but the nutmeg and certainly the cloves are ingredients that deserve more recognition. For 1kg of mince, I’m Microplaning about a third to half of a fresh nutmeg into the sauce to give it a refined sweetness, 4 cloves for added warmth and at least two bay leaves (both the cloves and bay need to be picked out later).

Adding a generous splash of milk is vital to a tender, rich and slightly creamy Bolognese sauce – I do it roughly 30 minutes before taking it off, reduce heat and give it a good fold through. I’ve read quality meat doesn’t call for it but I’m adamant it only makes the meat sauce better. Add salt and pepper to taste. Then more salt.

I’ve only titled this article ‘Spaghetti Bolognese recipe’ so that people looking to elevate any form of Bolognese could find it on Google – I don’t use Spaghetti, ever. I don’t care for it and never have.

I choose to serve my Bolognese with the king of pasta, Rigatoni. You should be spending a minimum of $5 on pasta – La Molisana is worthy. I choose Rustichella, which retails for about $10, depending on where you buy it and go for the Rigatoni, Rigatoncini or my personal favourite the Mezzemaniche, which is essentially a shortened Rigatoni. Salt the water so it tastes like the sea and cook it on the bitey side of al dente.

Grated parmesan cheese of the Parmigiano Reggiano variety (which is a parmesan cheese that has been aged 12-36 months) freshly Microplaned is a given. But where your dish will reach new heights is with some fresh basil. I ate some leftover bolognese this week without basil, for research purposes for this very article, and a small part of me died inside. There is no dish basil doesn’t make better. Stop thinking about it as a garnish…it’s an ingredient, end of story.

I’ve toplined it in the chronologically ordered steps above, but the absolute minimum amount of time you need to make this tasty is 2.5 hours. I prefer to give it 3-4 hours. If you’re cooking for a longer period more liquid in the form of passata or a splash of water will be required.

My Bolognese sauce is a combination of ingredients and recipes found in Pasta Grannies. It’s a bloody great book with some super easy recipes.

Oh, and when you’re thinking about what wine to pair your perfect bolognese with – don’t forget that according to Master Of Wine, Tim Hanni, food and wine pairing is bullshit.