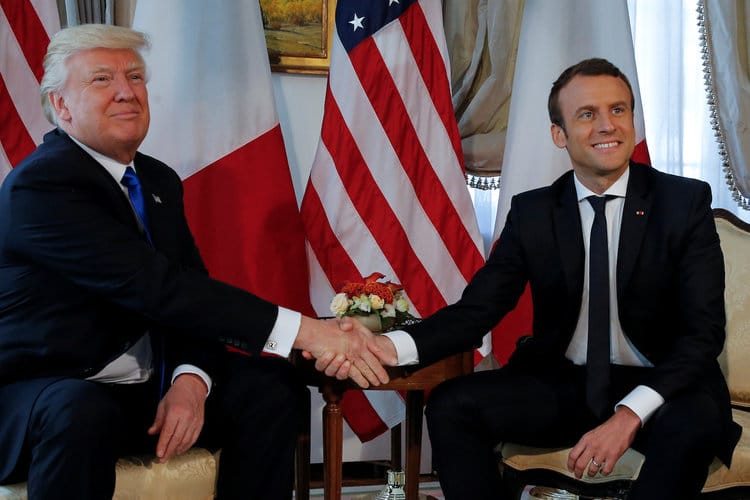 There are good ways to shake hands, there are mediocre handshakes and then there are things like this. Possibly too uncomfortable to even look at, let alone be deemed a handshake.

A handshake is a small, simple gesture but it can pack a big punch. Used when walking into a job interview, greeting important business contacts or essentially any other notable interaction where you want to show that you’re intellectually engaged, it’s an opportunity to communicate with the person on the receiving end before you’ve even spoken much. It’s in your best interest to seize that opportunity and master a handshake that will help you to come across as a confident and culturally informed individual, whether that is the case or not.

However, unlike a smile, a handshake can get a bit lost in translation. Here’s the right way to shake hands in 14 different countries, according to Business Insider.

Women generally don’t shake hands with other women. If you’re a woman shaking a man’s hand, offer your hand first.

Introduce yourself by name and shake hands firmly.

Greet the oldest first with a light grip and a slight bow. No direct eye contact, age matter.

Go for a long-lasting handshake, if you’re a bloke it could be followed by a hug.

Only the same genders shake hands in Morocco, opt for a gentle handshake.

The most senior person starts the shake; use a soft grip.

Shaking hands with the opposite sex isn’t usually common unless it’s business. A man should kiss a woman’s hand.

Make sure you use a title – such as Ms. or Mr. – when shaking hands with everyone. Follow the title with their last name.

No shaking hands. Place your palms together at chest level and bow after you’ve let them do the gesture first.

Firm handshakes are considered rude, but you should hold their hand for a long time.

Start by shaking the hand of the eldest person. A lingering shake is expected, don’t pull away too soon.

Go in for a firm handshake that lasts long, add some strong eye contact and repeat when parting ways.

A light handshake. After shaking hands, don’t speak or stand too close.

On the international relations side of things, it might do you some good to revise how other countries like their steak cooked or be like Trump and get it well done.