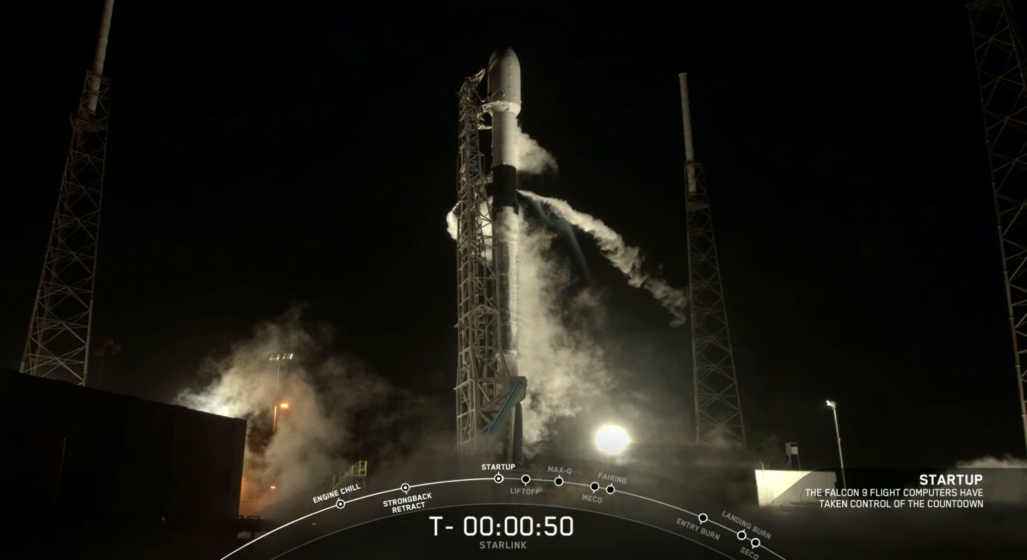 The greatest advantage of this modern age is being able to witness events – historical or otherwise – occur in realtime. And virtually anywhere in the world. If you’re looking for something else to do during the lunch break aside from hitting up the infinite scroll, you can direct your attention to the SpaceX Starlink Mission happening right now via live stream.

At the risk of exposing my very own poor understanding of science, I’ll let the official description take over from here:

The Starlink satellites will deploy in an elliptical orbit approximately 15 minutes after liftoff. Prior to orbit raise, SpaceX engineers will conduct data reviews to ensure all Starlink satellites are operating as intended. Once the checkouts are complete, the satellites will then use their onboard ion thrusters to move into their intended orbits and operational altitude of 550 km.

Watch the SpaceX Starlink Mission below.