As far as inspiring NBA stories go, few rivals that of the Milwaukee Bucks superstar Giannis Antetokounmpo, hence why Disney has seen fit to give the basketballer’s life the biopic treatment with Rise.

Depicting both the Greek Freak and his brothers Thanasis and Kostas’ incredible journey from being the stateless children of Nigerian immigrants barely making ends meet in Athens to becoming history’s very first trio of NBA championship title-winning siblings, this one has all the hallmarks of a future Disney classic.

RELATED: LeBron James’ Origin Story Is Being Turned Into A Movie

“I am thrilled and honoured that Disney+ is bringing my family’s story to people all over the world,” says Giannis Antetokounmpo, who has served as an executive producer for his own biopic alongside Bernie Goldmann and director Akin Omotoso.

“My hope is that it will inspire those in similar circumstances to keep the faith, stay true to their goals and not to give up on striving for a better life.”

At the age of just 27, aside from being the signee to one of the richest NBA contracts ever, Giannis Antetokounmpo is already a five-time All-Star, two-time MVP, Finals MVP, Defensive Player of the Year, and of course, NBA Champion.

Rise – the Giannis Antetokounmpo biopic – is scheduled to begin streaming on Disney+ from June 24th.

Check out the first trailer above and the synopsis below. 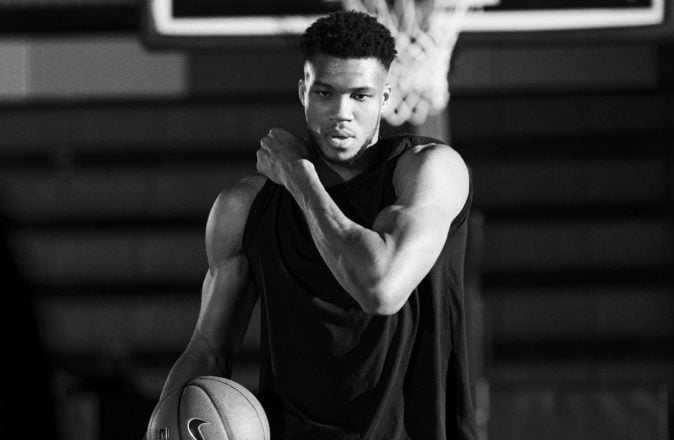