The Official ‘Spider-Man: No Way Home’ Trailer Has Arrived

Suffice it to say, the rollout of Marvel’s Spider-Man: No Way Home trailer hasn’t exactly gone to plan. Instead of being accidentally spoiled by young franchise lead Tom Holland (as per the hilarious tradition), an unfinished version was leaked by some soon-to-be-assassinated soon-to-be-fired employee. The goods news for the rest of us is that the real deal has finally arrived… and it teases more than a few surprises.

Picking up immediately after the chaotic cliffhanger of Spider-Man: Far From Home – wherein Jake Gyllenhaal’s Mysterio / Quentin Beck frames Holland’s Spider-Man / Peter Parker for murder, terrorism, as well as revealing his identity to the masses – a healthy bit of damage control is required.

RELATED: ‘Invincible’ Is Getting A Live-Action Film Adaptation

In an attempt to erase the event from ever happening, Peter Parker seeks out the mystical aid of Benedict Cumberbatch’s Sorcerer Supreme, Dr Strange. Wiping the life-changing event from existence, however, comes with some conditions. Conditions young Parker isn’t too thrilled about and actively fights against.

The result is an entire litany of unintended consequences involving the multiverse previously teased in Disney+’s Loki series – which also welcomes back the likes of Alfred Molina as Doc Octopus / Otto Octavius, who Wikipedia has actually confirmed is Willem Dafoe himself reprising the role of Green Goblin / Norman Osborn, and plenty others (from both the Sam Raimi + Tobey Maguire and Marc Webb + Andrew Garfield cinematic adaptations of Spider-Man).

Tom Holland, Benedict Cumberbatch, Alfred Molina, and Willem Dafoe will be joined by Zendaya as MJ, Jon Favreau as Happy Hogan, Jacob Batalon as Ned Leeds, Benedict Wong as Wong, as well as Jamie Foxx as Max Dillon / Electro. The film has been directed by Jon Watts – who helmed the previous two instalments – and co-written by Chris McKenna and Eric Sommers; the latter two having also penned Spider-Man: Homecoming, Spider-Man: Far From Home, as well as Ant-Man & The Wasp.

Spider-Man: Now Way Home will hit Aussie cinemas on Boxing Day – check out the trailer above. 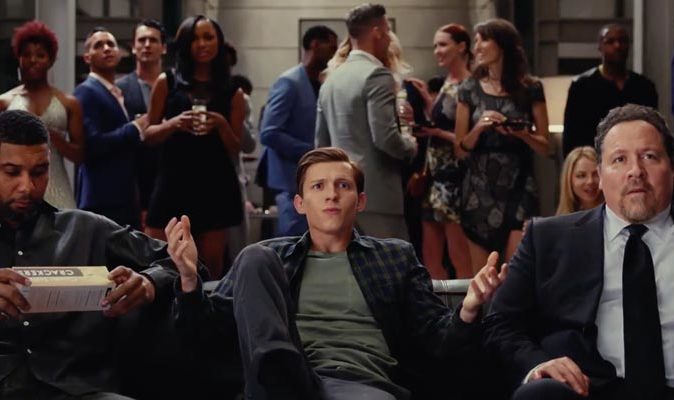