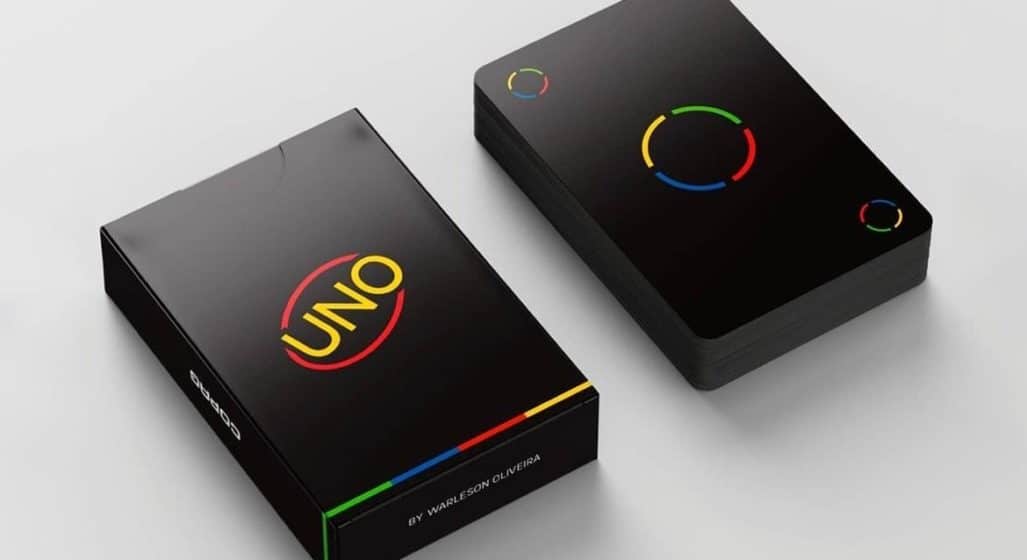 Mattel is releasing a premium deck of UNO cards so clean – you’ll almost forget the correct UNO attack rules. The correct attack rules, of course, being that you cannot stack +2 and +4 cards as per the official conduct. Presenting: the UNO Minimalista Edition.

Designed by Warleson Oliveira, this edition features a smooth blacked-out rear face complemented with brilliant colours in the front. As you’d expect, the classic logos and symbols have also been given a contemporary reimagining.

This isn’t the first time a special edition deck of UNO cards sporting a themed designed has been dropped. In recent times, there has been the Braille Edition created in collaboration with the National Federation of the Blind, a Nonpartisan pack devoid of red and blue cards – a reference to the Democratic and Republican parties in US politics – and even a deck featuring Jean-Michael Basquiat’s most iconic works.

The UNO Minimalista Edition has yet to be released but will soon be available at associated retail outlets for an extremely reasonable price of approximately US$10. Which, in all honesty, is money well spent.

For those of you who want to find out more about this sexy game night addition – or maybe want to air some grievances about the so-called correct UNO attack rules – you can head on over to mattelgames.com.