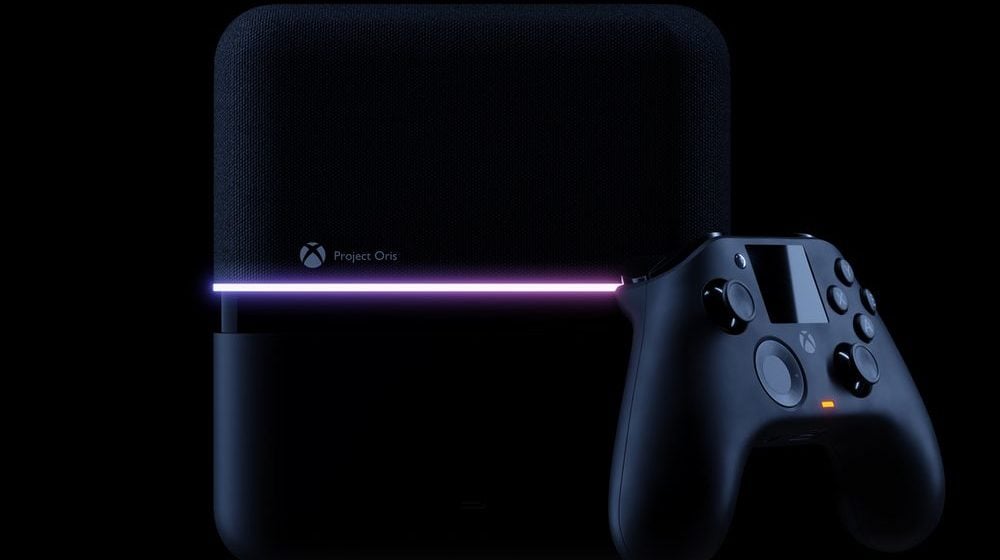 As the general population doubles downs with everything gaming, designer Joseph Dumary has unveiled the Xbox Project Oris concept – an all-in-one console with a built-in projector capable of 8K HDR resolution and 3D speakers.

The projector would be made possible by a laser short-throw unit complete with Motion+ technology. Essentially, giving this custom Xbox Series X the capability to automatically detect walls and adjust the resolution/aspect ratio accordingly. As per the reports from T3, the brightness of such a projector is rated at 2,500 lumens with a lamp life of approximately 23,000 hours.

This concept also includes a digital assistant which may connect to your home. The advantage being it can thereby:

Similar to the patent filed by Sony for the next-gen Playstation 5 controller with biofeedback and so forth, this controller would have a Dynamic Mode which measures stress levels through pressure – and automatically adjust the gaming difficulty depending on how you’re reacting.

Check out the insane product trailer below.