At the fresh-faced age of 26, Austin Russell has been crowned the world’s youngest self-made billionaire by Forbes, dethroning Kylie Jenner – who initially raised disputes about whether she was truly “self-made”, before facing removal entirely due to inflated figures in the documents submitted. Here’s a quick rundown of how another college dropout managed to join the three-comma club virtually overnight.

Russell spent his teen years researching at the University of California at Irvine’s Beckman Laser Institute, before deciding to study physics at Stanford University. It was there the “optics prodigy” developed the idea for his future startup, Lumina Technologies, which would eventually produce LIDAR (Light Detection and Ranging) sensors for self-driving cars.

In 2012, after securing a hefty $100,000 fellowship from none other than Peter Thiel – co-founder of PayPal and Facebook’s first outside investor – Russell opted to skip higher education in favour of going all in on Luminar Technologies. When the company listed via SPAC merger (NASDAQ: LAZR) in December of last year, Austin Russell went to sleep a genius and woke up a billionaire.

RELATED: Canva Has Double In Value Since 2020

“It has been incredibly intense, exhausting… Everything that we have had to go through every day, climbing this,” says Russell.

“I am still relatively young, but… there has been a lot of blood, sweat and tears in this. And I was lucky to be able to keep a good enough turnout .”

These days, LIDAR sensors produced by Luminar Technologies enable the self-driving cars of auto manufacturers such as Volvo, Toyota, and even Intel’s Mobileye to “see” in 3D. And at the risk of dusting off a tired cliche, the sky really is the limit for an operator like Russell.

While there’s no contesting Austin Russell is currently the world’s youngest self-made billionaire, in the grand scale of world’s youngest billionaires period, inherited wealth has pushed him down to #5 on the list. In this year’s roundup, Russell is just one of four self-made billionaires next to DoorDash founders Andy Fang and Stanley Tang, as well as cryptocurrency investor Sam Bankman-Fried (who are incidentally all from the US).

Check out the world’s youngest billionaires according to Forbes below.

The World’s Youngest Billionaires In 2021 (According To Forbes)

“Lehmann is now the world’s youngest billionaire after he officially inherited his father’s 50% stake in German drugstore chain Drogerie Markt.”

“Wang inherited a stake worth more than $1.3 billion in CNNC Hua Yuan Titanium Dioxide Co., which trades on the Shenzhen stock exchange. The company produces titanium dioxide pigment, a white pigment that can be used in coatings, plastics, ink and other materials.”

“The Andresen sisters each inherited 42% of Ferd, a Bærum, Norway-based investment company that reels in about $2 billion in annual revenue. Their father, Johan, still runs the business.”

“The Andresen sisters each inherited 42% of Ferd, a Bærum, Norway-based investment company that reels in about $2 billion in annual revenue. Their father, Johan, still runs the business.”

“An optics prodigy, Russell dropped out of Stanford in 2012 after receiving a $100,000 Thiel Fellowship to start Luminar Technologies, which makes sensors and other tech for autonomous vehicles. Its sensors now help self-driving cars of such customers as Volvo and Toyota by bouncing laser beams off nearby objects and vehicles’ surroundings. Luminar went public through a SPAC merger in December. Russell owns about a third of the company.”

“Witzoe owns nearly half of SalMar ASA, the Norwegian salmon producer his father founded in 1991. Witzoe’s fortune nearly doubled in the past year thanks to SalMar’s strong market performance. His stake in the firm was gifted by his father in 2013.”

“DoorDash, the food delivery app Fang co-founded with Stanley Tang (#8) in 2013, became more prevalent (and valuable) than ever during the pandemic as restaurants and customers pivoted to delivery. It went public on the New York Stock Exchange in December. Fang previously served as the company’s chief technology officer.

“DoorDash, the food delivery app Tang co-founded with Andy Fang (#7) in 2013, became more prevalent (and valuable) than ever during the pandemic as restaurants and customers pivoted to delivery. It went public on the New York Stock Exchange in December. Tang was the chief product officer.”

“Bankman-Fried built his massive crypto fortune at an astonishing speed, having launched both trading firm Alameda Research, which manages $2.5 billion in assets, and crypto derivative trading platform FTX. Bankman-Fried embraces a philosophy called Effective Altruism: His goal is to make as much money as he can so that he can give away as much as possible. In 2020, he gave $5 million to a pro-Biden super PAC, making him one of the president’s biggest donors.”

“Jonathan and his older brother, Geoffrey, 35, each inherited from their late father Walter Kwok (d. 2018) a portion of his stake in Hong Kong property developer Sun Hung Kai Properties. Walter was ousted as chairman of Sun Hung Kai in 2008 as the result of a feud with his brothers Thomas and Raymond Kwok. He then started property developer Empire Group Holdings, which Jonathan and Geoffrey now run.” 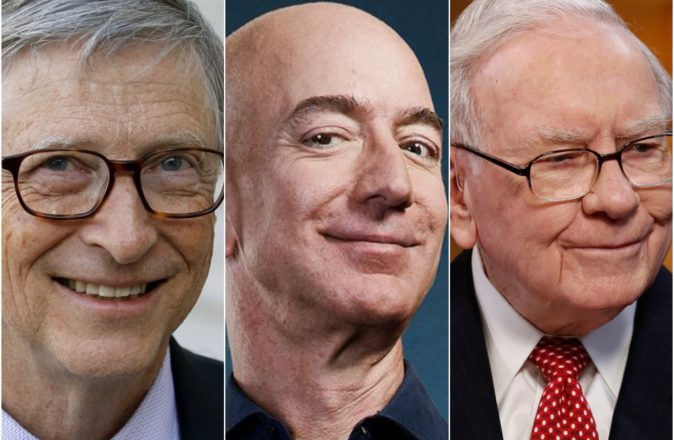