The mainstream news cycle picked up a story which has existed in anecdotes for some time now (low-key brag: we’ve been ahead of the curve on this one for two years). It was only during his interview with GQ‘s Zach Baron, however, that the silver fox/ tequila mogul / occasional actor – George Clooney – personally confirmed the longstanding rumours surrounding millions in cold, hard cash and fourteen of his closest friends.

The year was 2013. Before Clooney settled down to start a family with international human rights lawyer Amal Clooney… before he sold his Casamigos Tequila brand for US$1 billion… and before whatever the hell Money Monster was supposed to be. Expanding on the initial reveal made by friend and business partner Rande Gerber to MSNBC, here’s what Clooney had to say:

“I was a single guy. All of us were aging. I was 52 or something. And most of my friends are older than me.”

Alfonso Cuaron’s Gravity starring himself and Sandra Bullock was about to hit cinemas – and because “they thought it was going to be a flop”, the studio chose to pay the actors a percentage of the film in lieu of a salary. Of course, Gravity would eventually generate US$723 million in box office revenue against a US$100 million budget. So it was actually, in Clooney’s own words, a very good deal.

“I thought, ‘You know, without them I don’t have any of this.’ And we’re all really close… and I just thought basically, if I get hit by a bus, they’re all in the will. So why the fuck am I waiting to get hit by a bus?”

While many would assume having a considerable net worth entails instant access to said net worth whenever the mood strikes, you’d be surprised at how difficult getting your hands on US$14 million worth of cash is in practical terms. After some research, Clooney discovered an undisclosed location in downtown Los Angeles where “giant pallets of cash” are stored. Hopping into a beat-up van with ‘Florist’ printed on the side, Clooney made his way towards this mysterious vault Ocean’s 11-style.

“I bought fourteen Tumi bags, and then I packed in a million bucks cash – which isn’t as much as you think it is weight-wise – into these Tumi bags.”

The next day, George Clooney invited the fourteen friends in question over for an intimate dinner party for the big, and borderline unbelievable, surprise.

“I just held up a map and I just pointed to all the places I got to go in the world and all the things I’ve gotten to see because of them. And I said, ‘How do you repay people like that?’ And I said, ‘Oh, well: how about a million bucks?’

“The fun part about it was – that was the 27th/28th of September. A year later, on the 27th of September, just by happenstance, was the day I got married.”

But it doesn’t end just there. In true Clooney fashion, comparable to the final note of any Ocean‘s film, there was a rather charming epilogue and affirmation of friendship.

You can read the full original interview here. 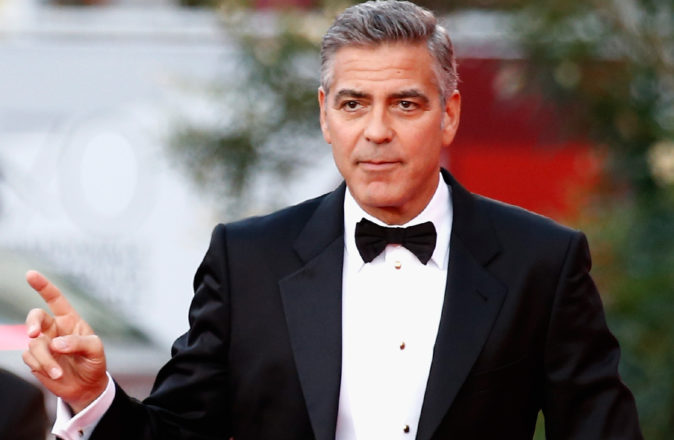