Why Was Napster Acquired For Over $93 Million? 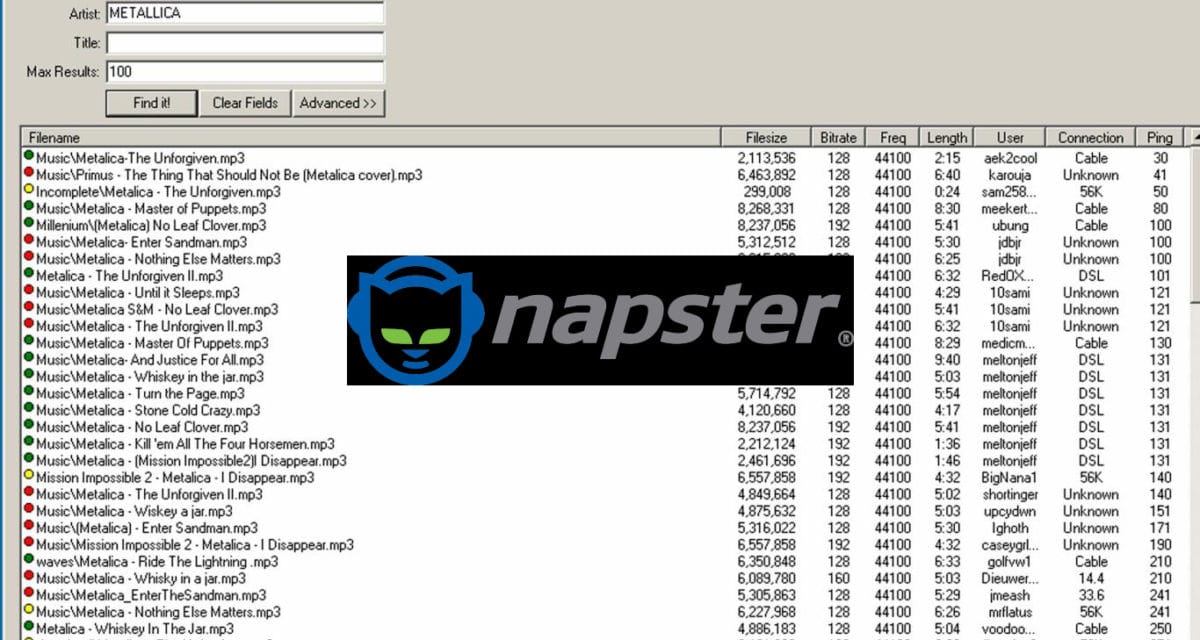 Pioneers of music piracy/music streaming and the very entity responsible for revolutionising the way we consume music to this day – Napster – has been acquired by virtual reality concerts company MelodyVR for US$70 million (AU$93.5 million).

Like many of you, we were fairly surprised to learn Napster was still alive and kicking, more so than the fact another company in this era saw fit to invest a casual US$70 million. Napster had, of course, once been sued into oblivion for innumerable copyright infringements, legally compelled to cease operations, ordered to pay millions upon millions in damages, before filing for bankruptcy. At its height, the music sharing platform had approximately 70 million users globally.

Despite this, they weren’t quite down for the count just yet. Establishing a strong precedent among consumers who now held a burning desire for music on demand – which would later give rise to services like Spotify in both attitude and P2P software architecture – many saw further potential to be realised. In 2002, the Napster brand was snapped up on the cheap by software company Roxio for their own streaming service Pressplay. Pressplay rebranded as “Napster 2.0” and got to work building out this phoenix from the ashes.

In 2008, Napster would once again change hands when retail giant Best Buy purchased the service for an eyebrow-raising US$121 million. A few years later, Best Buy would surrender ownership of Napster to rising online music store and subscription service Rhapsody in exchange for a minority stake in the company. Which brings you up to speed with every notable event in the Napster timeline up until now.

As MelodyVR CEO Anthony Matchett tells Rolling Stone, the grand impetus behind this multi-million dollar acquisition essentially boils down to developing an offering capable of viably competing with the incumbents, i.e. Spotify, Apple Music. With visually immersive content covered by MelodyVR’s existing projects and a solid streaming service with 3 million active users to lean on, this may very well be something different enough to lure consumers away from the aforementioned incumbents.

“MelodyVR’s acquisition of Napster will result in the development of the first-ever music entertainment platform which combines immersive visual content and music streaming,” says Matchett.

“For music fans today, live and recorded music are intrinsically linked. We are as keen to see our favourite artists perform live as we are to listen to their albums. Our purchase of Napster, one of the music industry’s original disruptors, is born out of our wish to deliver the world’s foremost music experience, available seamlessly across audio and visual media and in turn presenting a truly next-generation music service.”

“This is a tremendous outcome for two organisations with complementary platforms and loyal audiences, and we could not be more excited to be moving forward as one company,” says Bill Patrizio, Napster CEO.

“The product, technology, and cultural synergies of Napster and MelodyVR will bring tremendous innovation for music lovers, artists, and the entire music industry. Good things come from being together, and we look forward to creating a powerful platform that combines our strengths and offers an even wider range of content to consumers, creators, and advertisers.”

Now if you excuse me… I’ll be trying to figure out a way to flip LimeWire for a couple of phat stacks.