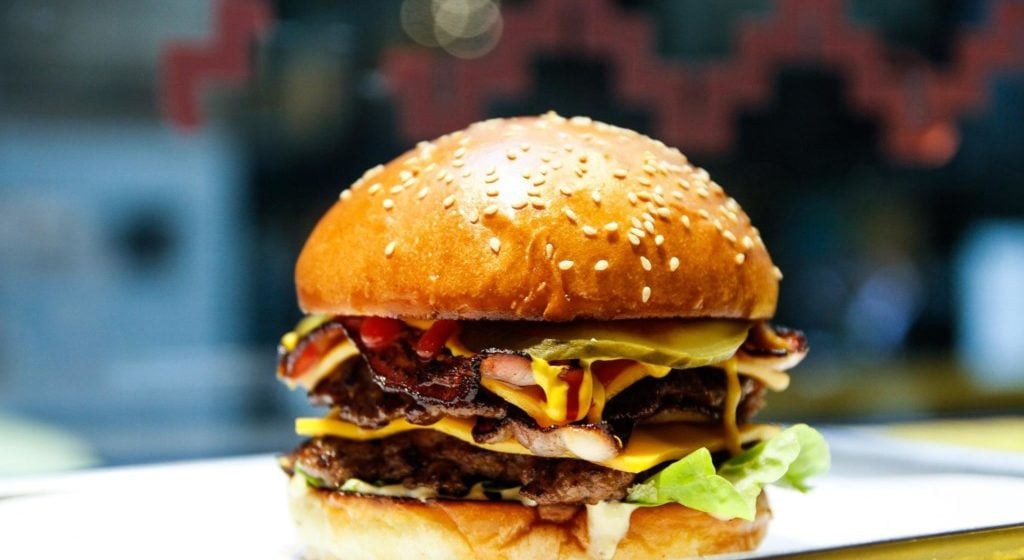 The weather is finally cooling down and it’s probably fair to say everyone reading this article can stop kidding themselves. We can happily give up on the idea of a Summer rig for the next 5-7 months. We’re now in Winter Rig territory aka burger season aka just give up and give in already. At Boss Hunting, we want to help, so we’ve scoured the state to bring you a quality list of the best burgers in Melbourne (and some further afield) that’ll help keep that winter rig in shape**.

It’s no secret that we here at Boss Hunting are big fans of Jimmy’s Burgers, so when he opened up shop 5 levels above Collingwood and was forking out his signature Easey Cheesey for $12 – we knew it was a dish made for the people and it would be delicious. Secret cuts of beef from Peter Bouchier, imported pickles, cheese, onion, mustard and ketchup. The man knows his burgers and Easey’s is the perfect reflection of that. We’ve been coming back since day dot.

Firstly, huge shout out to the potato gems these guys are dishing out as a side and not giving them a bullshit nickname like ‘golden nuggets’. You can’t really go wrong with any order at 8bit whether it be dogs or burgs, but we’re fans of the Altered Beast. Beef, bacon, cheese, grilled onions, 8bit’s special sauce and a little BBQ sauce for extra love and attention. May cause drowsiness… and arousal.

Probably in contention for the best burger in Australia, the team at Rockwell and Sons has got this down to a fine art. Brioche is a bun that diners seem to be either for or against, but the seeded bun at Rockwell is the kind to that brings people together. It’s hard for us to decide between the Fried Chicken Sandwich and the Double Patty Smash Burger, both are pulled off with flawless execution. Tip: Order extra hot sauce on the side – it goes with everything. 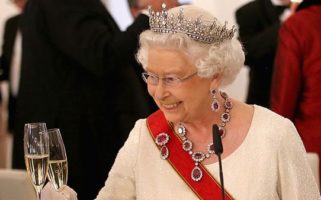 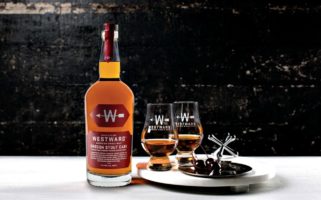 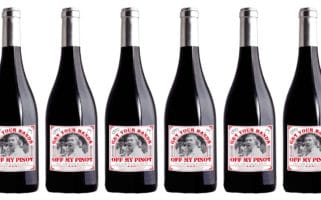 The Official Democracy Manifest Wine Is Now On…

The man him self @jimmysburgers … Seeing doubles? – – You got that right… two times the Boss Deluxe with jalapeños from @bossburgerco in Geelong. Double patty, double cheese, bacon, boss sauce and lettuce. The chat on these patties really sets them off. I can't wait to get back down to Geelong. These but are doing bloody great things! – – #bossburgerco #geelong #bossburger #doublecheeseburger #burger #cheeseburger

It’s taken a while for G town to credit itself with some notable places worth going out of your way for, but the team at Boss Burger have played a solid part in Geelong’s food renaissance. Let’s briefly tackle their hot dogs – they’re all winners. Catering for the masses with two varieties of veggie and fried chicken burgers, The Boss has got all bases covered, but we came here to do business and we’re ordering the Boss with extra cheese and red onion. It’s a traditional burger and it’s done bloody well (grill-wise: actually just medium). Whether you’re a local and you’re one of the few who hasn’t been there or you’re on your way down to the Great Ocean Road – hunt down the boss. Great name by the way.

It's @australianopen time! Fuel up before or after the tennis at MBWB! Open 7 days until 1am. #balls #tennis #ausopen #ao #australianopen #meatballandwinebar #meatballwb #meatballs

In the mood for some pig? You got it. A surprise entry, but the pulled pork sliders at the Meatball & Wine Bar comprise of the winning combination of hand pulled pork, crispy (and we mean crispy) bacon, with a cabbage and fennel crunchy slaw. The balance of flavours and textures is pretty spot on as far as we’re concerned, and the small size means you don’t have to let go of your beer while you’re eating! Yes, they’re known for their meatballs, and yes, technically the dish comprises of 3 sliders, but trust us when we say once these little beauties are served up to you you’ll be hard pressed not to order seconds (or thirds).

Inspired by the empire that is Shake Shack, the frozen custard is worth the journey alone but the consistently good burgers and fries that these guys are churning out is on another level. The burger meat is minced daily, the buns are baked daily, the queues are out the door daily. Come here when you’re happy or sad, or just in the mood for a quality patty topped with butter lettuce, American mustard, secret burger sauce and a perfectly placed mac n cheese croquette. Mac n cheese gems can also be ordered as an additional side. Team the above order with a Kinder Bueno shake and Bob is most definitely your uncle.

It's Friday. I eat the burger. I feel happy. Awesome pic thanks to @chompamatic Ruckers hill 5:30-9 and Richmond till 9:30 tonight

You know it’s good when a food truck gets enough of a following to set up brick and mortar shop, and 1090 is no exception. These guys are constantly dropping into top 10 countdowns of the best burgers in Melbourne. For us, it’s the Thunderburger that brings the rain. Double patties of grass fed angus, double cheese, double bacon (that we added) pickles, ketchup and chilli mayo. We also added lettuce and tomato because salad makes you feel good about your burger, but also because it’s a little freshness that was need. The patties are cooked to a blushing medium, the cheese is melted perfectly, there isn’t too much mayo. 60% of the time, it’ll cure your hangover every time.

Stumbled upon purely by chance after missing out on an almond croissant down the road at Lune, we saw our neighbouring table receive their order and knew it was meant to be. A perfectly crispy whole crab that is crusted in polenta, topped with crunchy kale chips, pickled radish, spicy mayo and a Singaporean hot sauce. Kaffir Lime salted chips top off one of the most unexpectedly pleasant flavour surprises we’ve had this year.

Fat Bobby has been bringing the goods to the Bayside for a few years now, and for us, their service is probably the friendliest of those on this list and everyone seems pretty stoked to be there. The interior is heavily inspired by old school Americana and the menu reflects that, but our favourite is dishing out old school Australiana vibes, the aptly named ‘Fat Bob’’. A 180g juicy patty, beetroot, tomato, red onion, cheese, bacon, pineapple, egg (order runny yolk or GTFO), lettuce, and tomato sauce. The Fat Bob is what Australian dreams are made of, and it’s wrapped tidily a beautiful foil package a-la Five Guys so you miss all the drip and nothing in this beast slides out the back.

Big Dog’s Deli (Richmond) – Not technically burgers but some of the best burger-sized sandwiches you’ll ever have.

Truck Stop Deluxe (Werribee) – brought to you by the team of Easey’s and Grand Trailer Park Taverna, TSD brings some high quality burgers to the West.

Andrew’s Hamburgers (Albert Park) – hard to go past Andrew’s which has long served up some of the best burgers in Melbourne. Plus it hasn’t succumbed to the brioche trend.

Belle’s Hot Chicken (Fitzroy, Richmond, Windsor) – Surely it’s been written about enough that they’d start using free-range chicken. Everything else is there.