You know ’em… you love ’em… but where do the lunchbox snacks enjoyed in Australia during the 90s stand in terms of a definitive ranking? The BH office wasted an entire afternoon conducted an extremely productive, and at-times heated, discussion to determine the fair dinkum truth. This is Aussie journalism at its very finest.

Just like the old man’s failed marriage, he couldn’t be bothered to put in the requisite effort to get you some Shapes. These biccies sucked Dixie Drumsticks.

Ritz with the right dip goes alright. Unfortunately, they usually rocked up bare and dry. If you ever encountered Jatz – Ritz’s even shitter quality knock off – that was legal grounds for completely losing custody of your and your siblings, perhaps even child emancipation.

LCM bars were as tasty as they were nutritious. Not at all. And sickening on both fronts. Barely edible.

Sure, you could have copped anything you wanted during lunch and recess. But it wasn’t better than your parents staying together.

Yakult should only be consumed in one way: within minutes, if not seconds, after leaving a fridge. Sitting in a backpack buried under crayon drawings of some house for hours is sickening.

Asking the teacher to use the staff room kettle for this one during primary school was a clear indicator that you’d grow up to be a Parking Ranger or something within the burgeoning domestic industry of snitching. You probably also used a binder folder to make a partition barrier and cover your answers during class.

I said what I said.

We’ll never fault Tiny Teddies. They do the job, they do it well. But they were never anything special and a pack of the Honey numbers was liable to torpedo your day.

See above, but replace Honey packs with the Choc Ripple bullshit.

There was nothing like tearing away strip by strip to take the edge off. Still, there were better options out there. There’s a lesson somewhere about never settling for less.

You’d have preferred the drink.

None of us quite knew what was in a Space Food Sticks. It sat in this strange in-between territory between museli bar and candy. Fully leaning into either one or the other would have made for a far tastier offering.

Moreish as they may be, no one was rolling you or trying to be your friend for a soya crisp (yes, those are the two dichotomies in my books). It’s really something you’ve come to appreciate as the years go by. Hence its placement in this tier.

Similar to a Yakult, the cruel, unforgiving climate experienced by this sunburnt land of ours made packing a Laughing Cow precarious. At its best, there’s no denying it was scrummy. At its worst, it was a time bomb which threatened to contaminate everything else in your lunchbox.

Packed frozen only. Anything else was a write-off or a red flag telegraphing your desire to harm small animals and the slower kids.

Ovaltines divide a room. Depending on who you ask, this could either be the best or worst thing. So we split the difference and placed it in the middle.

Objectively, these weren’t actually that good. The fact you weren’t allowed them often – if ever – added to the allure… the hype… the mystique. Forbidden fruit is the best kind, and fruit products without any actual fruit in them were the bee’s fucking knees, son.

Everything about Yogo was iconic. The commercials. The sensation of being poured down your gullet. The mouth-stained sugar crash approximately half an hour later. 10/10.

If God had a face, it’d resemble the fragrant, artificially coloured craters and contours of a single giant Twistie. The first round of consumption down the hatch was delightful. The second round of consumption sucking the residual dust from your grubby little fingers was an out of body experience.

There was something about the form factor that made Burger Rings such a shareable crowd pleaser. Don’t get me wrong, the flavour was legitimately bomb. The feeling of lobbying a few of these tiny hoops into playground social currency, even for a day, was just more tantalising than the unmistakable flavour.

In terms of bringing ready-to-eat meat to school, the only thing which could surpass Twiggy Sticks was chicken nuggets. The connoisseurs who sampled this fine delicacy are now all titans of industry.

God bless whatever evil marketing genius convinced our parents what was essentially liquid chocolate had any nutritional benefit.

There’s always a calm before the storm, and an otherworldly offering from the gods themselves before misfortune strikes at home. If you encountered a Kinder Surprise anytime during the week, your parent’s divorce was imminent. And all you were about to unpack was a broken home (no assembly required). 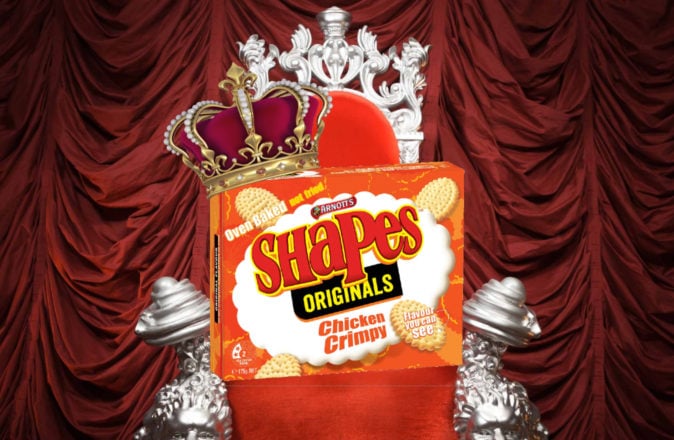 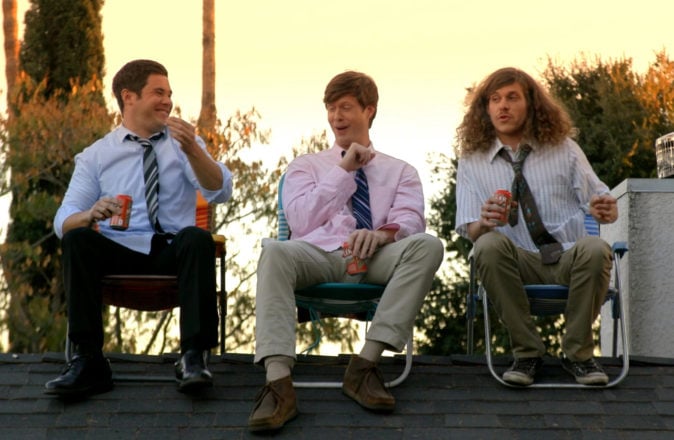