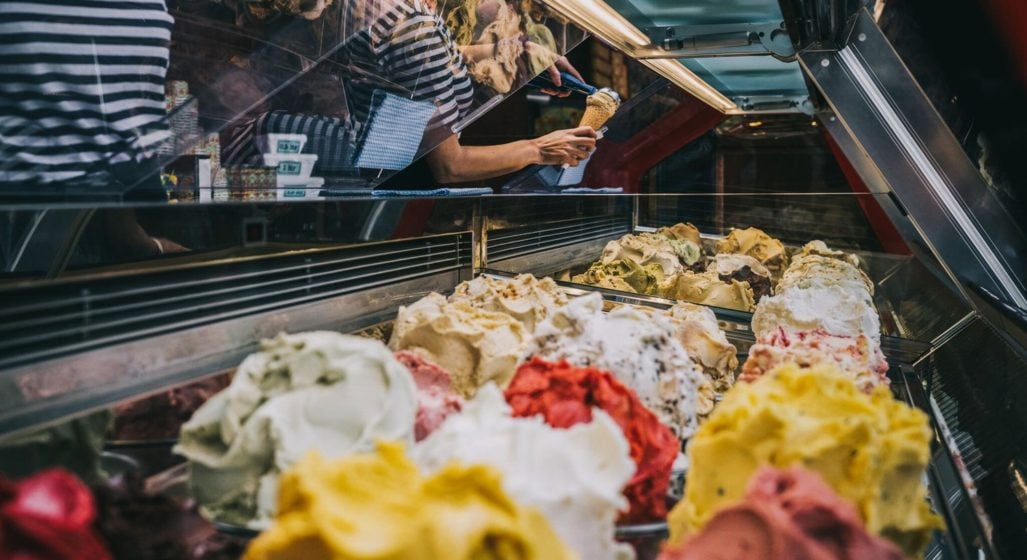 As we approach summer in earnest and the weather heats up, an entire world of pleasures begins to present themselves. One of which, and quite delightfully, is the consumption of your cooler treats. Zooper Doopers, ice-creams – and of course, gelato.

Here are the ten best places to score some primo ice cream and gelato in Sydney this summer.

Cow & The Moon is so much more than a trendy location and well-designed website (linked above). With an entire range of flavours – nearing in the hundreds – there’s an entire handful of award-winning picks here. The official BH pick is a split between the ‘Strawberries Balsamic Vinegar & Pannacotta’ and the ‘Peanutzilla’.

Yet another Enmore Rd institution, Hakiki is famed across the land for their Turkish coffee as well as their gelato (with a thematically consistent Turkish spin). Here you’ll find all the usual gelato staples like apple & cinnamon, hazelnut, and pistachio – with your not-so-usual treats also available, such as baklava, caramelised fig & walnut, and even Turkish coffee.

Traditional is the name of the game here, although you will have probably gathered as much based on the authentic-sounding title alone. Incidentally, Trovatino is also renowned for serving authentic Sicilian-style granitas – a little something for you lactose intolerant individuals out there.

FRESH GELATO 🍨 All of our gelato is made at our cafe, straight from the machine to you! 🍦🍧 #trovatinocafe #gelato #dessertlover

Don’t be fooled by its humble exterior for this slightly kitsch gelateria certainly punches above its weight in terms of quality. Producing gelato fresh daily, day after day, Gelateria Gondola excels at combining unique flavours and textures, like their Gelato Panettone Xmas special and their ‘Gondola’ – a blood orange and Aperol offering that’s been described as an Aperol Spritz in dessert form. Sold.

COCONUT GELATO WITH CHOCOLATE RHHUM AND ROASTED COCONUT FLAKES….This is our special flavour for our Gondola Gelateria aficionados this Sunday. We hope that you can come in and try it.

The De Luca family responsible for Cremeria De Luca actually come from an OG lineage of gelato artisans, spanning way back to Italy before they moved immigrated to Sydney. They haven’t let tradition limit them, though, with one innovation that went viral a while back: the gelato burger. That’s scoops of gelato tucked delicately within a brioche bun, complete with Nutella and whipped cream. Oh, daddy…

Dairy isn’t just an ingredient here at Ciccone & Sons – it’s a passion. The good folk behind this excellent establishment have examined every detail of the gelato making process to ensure they deliver something that is as refreshing and satisfyingly flavourful as it can possibly be. Every single time.

Alright, cards on the table. There’s a little bit of bias with this pick here. But you can’t blame me. It’s close to our office, and I occasionally waddle down there for a bit of something sweet. Nothing more needs to be said about Rivareno Gelato Sydney apart from the fact that it does an extremely decent scoop, and that there’s a little something for everyone.

From the genius that brought you Bar Italia comes another fine Italian-based eatery. At every turn, a little extra effort has been put in to make your experience that much more enjoyable. For example, rather than utilising pistachio paste for their pistachio gelato as most places will, Gelato Franco freshly crushes their nuts into the milk base – and don’t get me started on the tiramisu option, flavoured with actual coffee and chocolate sponge cake that’s been soaked in wine. Truly next level stuff.

Messina To Bring Back Its Greatest Hit Flavours