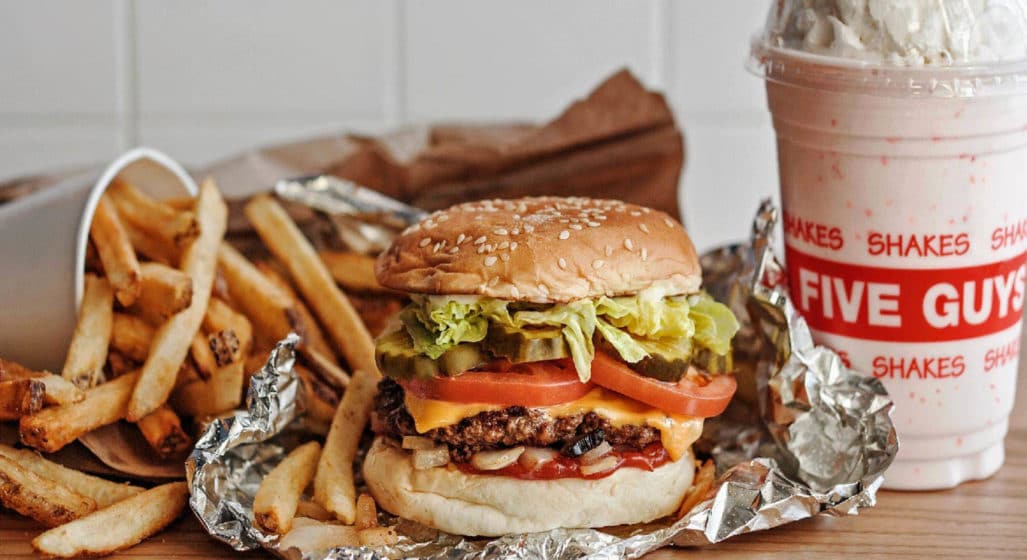 God-tier US burger chain and Barack Obama’s favourite joint – Five Guys – is officially coming to Australia. Not for one of those half-assed pop-ups which leaves you waiting in a Depression Era-style line around the block, either. I’m talking about a solid brick-and-mortar expansion.

Sydney’s CBD will welcome the first Five Guys Australia store – given its status as the superior East Coast capital – joining other existing international outposts such as London and Paris. But fear not, inferior East Coast capitals. As Five Guys also has plans to make a move on Melbourne and Brisbane sites, eventually setting up shop in New Zealand.

This arrival has been rumoured for some time now. Having eyed our sunny shores for several few years, the company first confirmed its plans for “aggressive” global expansion as early as 2016. Now, after quite a lengthy period of clickbait speculation/daily fantasy – it’s finally happening.

When can we expect to dine within the hallowed banquet halls of a Five Guys Australia? According to a spokesperson for Seagrass Boutique Hospitality, the local organisation who has acquired the local master franchise:

And just like that, 2020 ain’t looking so shit after all…