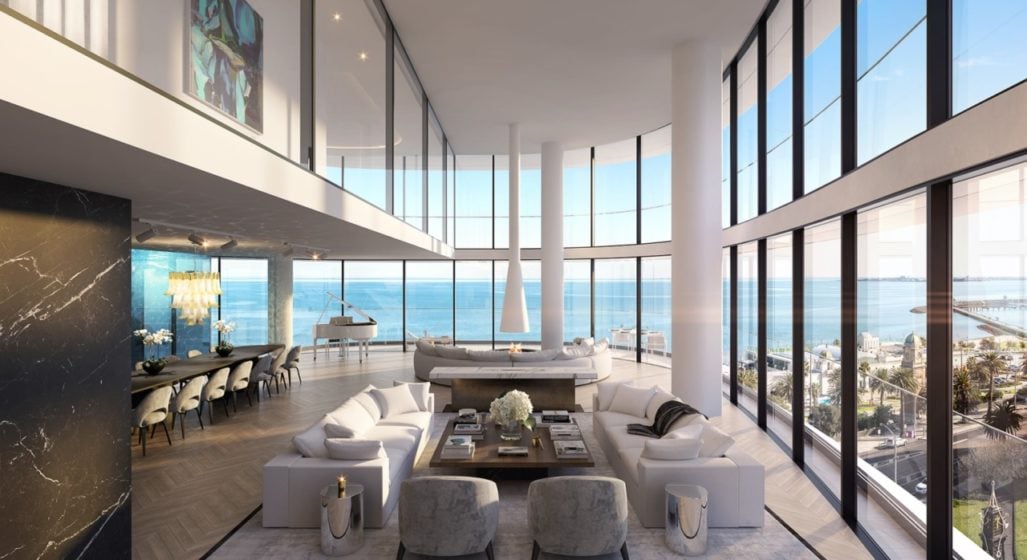 The property, by GURNER developments, is the current pièce de résistance of the ‘St. Moritz’ project spearheaded by architect Fender Katsalidis (in collaboration with Koichi Takada Architects) alongside well-renowned interior designer David Hicks.

What exactly does a lazy $30 mil get you in St Kilda? Pretty much anything you want, says development chief Tim Gurner. Designers will work with customers to bring their dream homes to life.

“Literally anything is possible at St Moritz,” says Gurner.

The new digs will boast a healthy assortment of six bedrooms, a seven-car private garage, direct lift access, four living rooms, an in-home sauna, gym and a jaw-dropping pool that will sit wedged between two levels of the home.

What caught our eye was the 1000-bottle, temperature-controlled wine cellar accessible via a sculptural spiral staircase.

The penthouse sits atop Pacific House, which is the first of the three buildings to complete the development, and set to launch to the public in the middle of this year. An additional 45 residences will be up for grabs at an average price point of $4 million dollars. 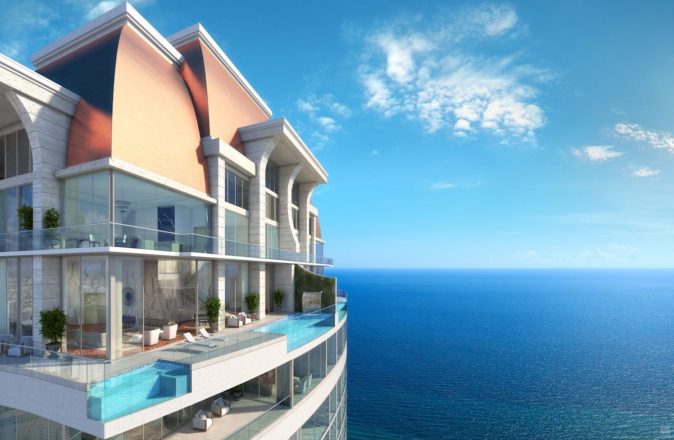