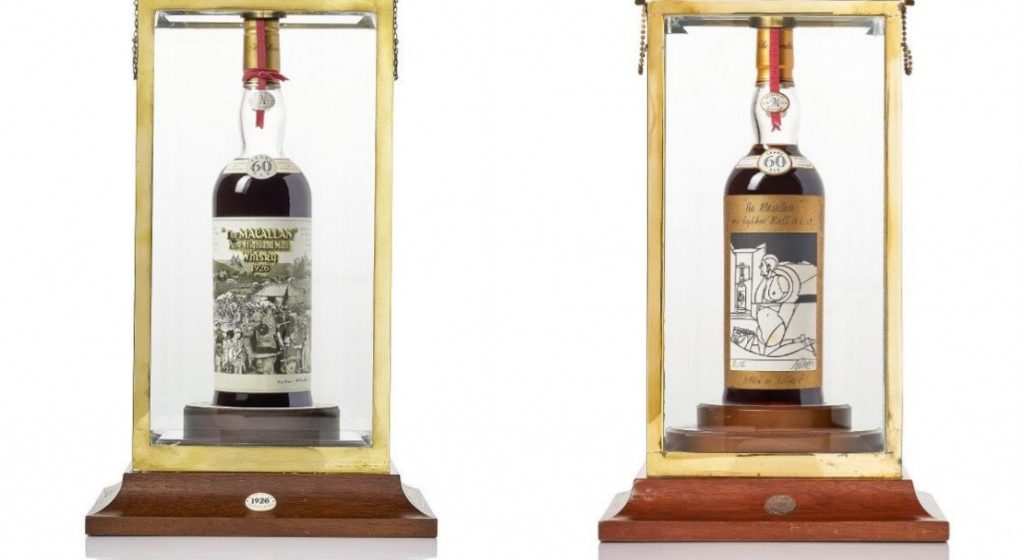 Last auctioned in the 1980’s, the two 60-year-old bottles were of a batch of just 24 ever made by the Scottish distillery. Presented in ‘tantalus’ cases, the labels were designed by pop artists Peter Blake and Valerio Adami.

For more whisky madness, see also this single bottle of Yamazaki Whisky that shattered records in another Hong Kong auction earlier this year. 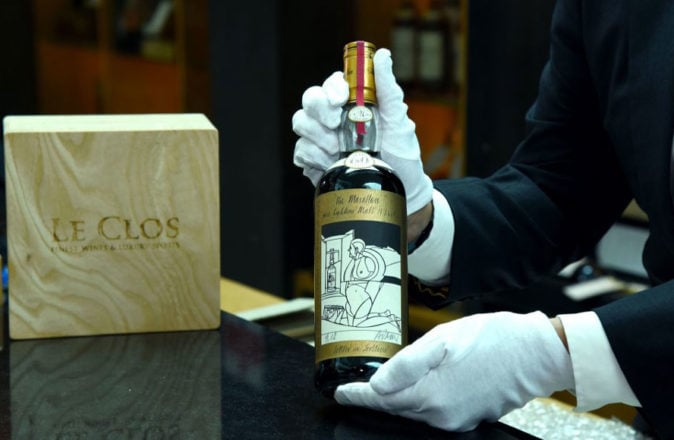 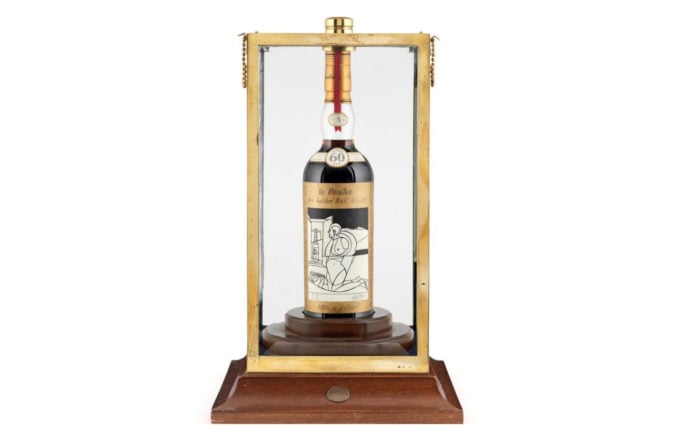 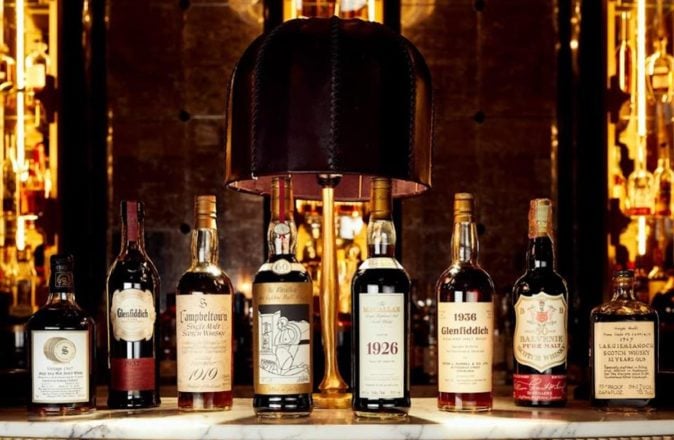