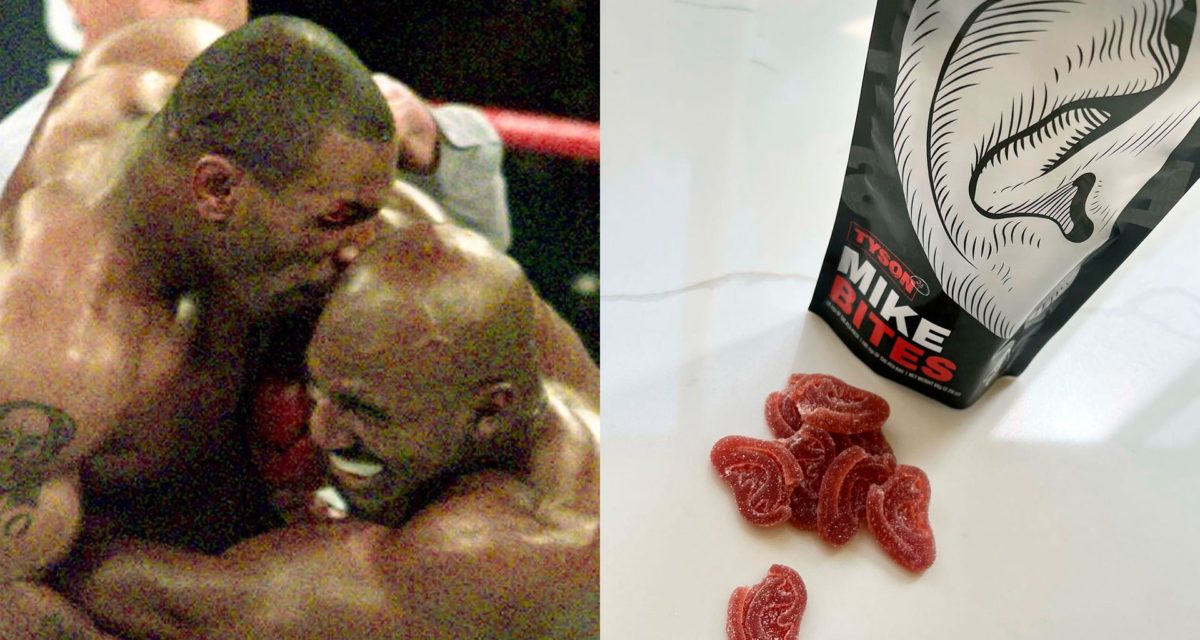 25 years after being disqualified from a WBA Heavyweight Championship title fight for biting Evander Holyfield’s ear, Mike Tyson has decided to honour his former opponent by slinging weed gummies in the shape of ears.

Appropriately dubbed Mike Bites, the edibles have been launched through the legendary boxer’s cannabis brand Tyson 2.0 – complete with a missing chunk and the Baddest Man on the Planet’s own stamp of approval.

At the time, the 1997 bout was mired in plenty of bad blood, eventually leading to a $3 million fine and year-long ban from the Nevada State Athletic Commission for Mike Tyson (in addition to the disqualification). Since then, however, the big fella himself has reconciled with Evander Holyfield, extending an olive branch, publicly joking about the entire debacle in a Footlocker ad… and even pitching the idea for ear-shaped weed gummies on his podcast Hotboxin’ With Mike Tyson back in 2019.

“People keep asking, ‘How are you gonna forgive something like that?’ I say, everything that ever happened, at some point in time, I did it,” explains Evander Holyfield.

“Mike bit me, I say I bit somebody, too – it just wasn’t on TV. I bit a guy in his shoulder. He dropped me, and I didn’t know when you had a concussion, you’ll bite too.”

“You might be in business because we’re going to make some Holy ears. Some edibles [of the ear] that got a bite taken out of ’em,” Tyson replied.

According to the Mike Tyson cannabis brand’s official Twitter, for the time being, only dispensaries in Massachusetts, California, and Nevada will have the distinct pleasure of serving weed gummies shaped like old man Holyfield’s ears. Stand by for updates re: availabilities everywhere else. 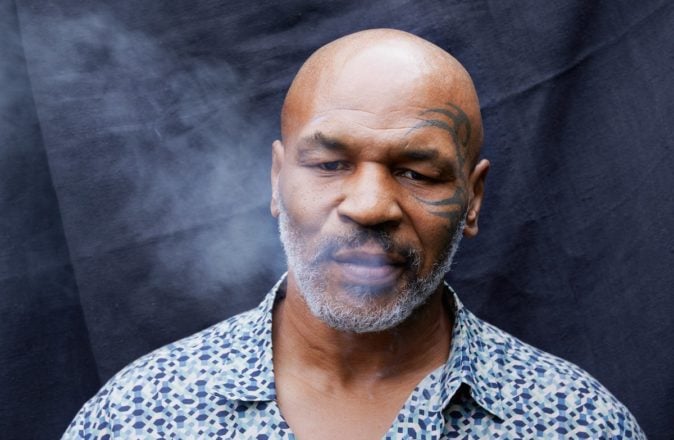 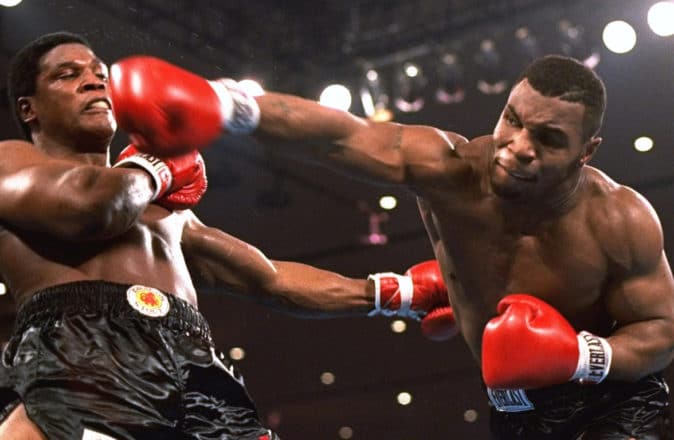