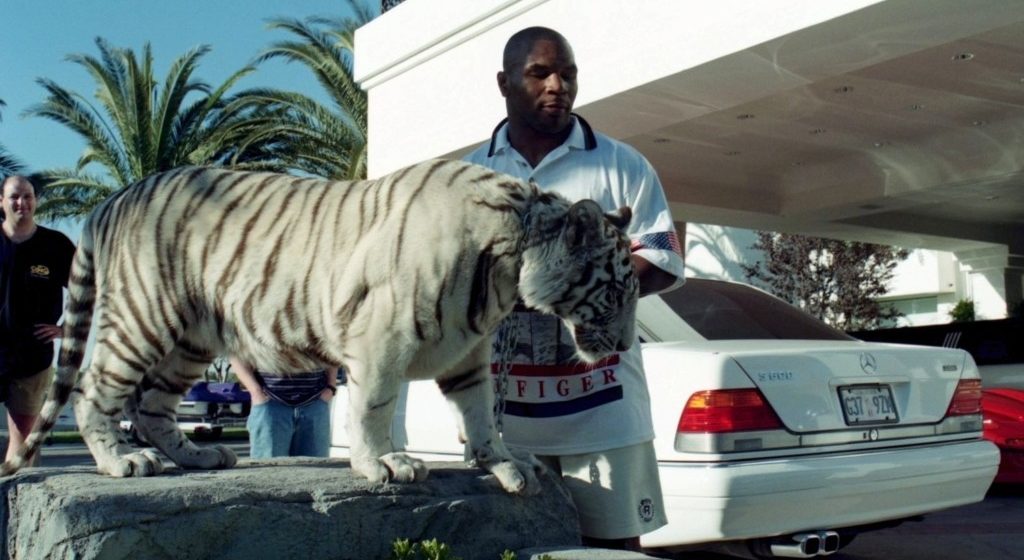 It takes a special type of crazy to reach the heights of someone like Iron Mike Tyson. The man was practically unstoppable back in the day. Which makes it no surprise when the sheer lunacy of his feats outside of the ring matches the ones inside. Here are five times the legendary boxer and equally legendary human being did something ear-bitingly, bat-shit insane:

Kept a pet tiger and wrestled it regularly.

At one point in his life around his early success, Tyson kept a pet tiger the same way your neighbour keeps pugs. This was a well documented habit that terrified ordinary folk, and only went on to further terrify the more details were revealed. Tyson reportedly used to wrestle said pet tiger, as an act of equal parts affection and alpha. Even going so far as to admit they charged one another until one of them had asserted undisputed dominance. Yikes.

Offered zoo attendants $10,000 to let him fight a gorilla.

Continuing on with the theme of animals. There came a point in his career where Tyson just didn’t feel adequately challenged in terms of combat. During a stroll through the zoo with his wife, he noticed an alpha gorilla that was “bullying” the rest of the gorillas. Ever the champion for the downtrodden, Tyson offered the attendant on shift $10,000 to throw hands with said alpha gorilla. This was obviously refused. And for the best interest of everyone involved, really.

Refrained from sex for five years to be a better boxer.

Admittedly, this one is rather tame in comparison to the rest of the list. And can conceivably be interpreted as nothing more than sacrifice and lazer focus. In any case, Tyson did abstain from sex for about five years as to make himself a sharper athlete. He believed that getting some would make him a weaker boxer. This lifestyle choice was not revisited shortly thereafter.

Fans can sometimes overstep the limit, as we’ve seen time and time again. In 2003, a coked up Tyson reached his limit with two fans. The ensuing events involved a chase through a hotel lobby, the first fan being KO’d, and the second still conscious fan cowering behind a desk before being saved by security. That’s a no on the autographs, I take it.

This one doesn’t need much explaining. But at the same time, requires a lot of explaining. Apparently, this has less to do with the president’s policies, and more to do with the promise of a pardon. Tyson was of course convicted and sentence for some federal offences in the early 90s. Of which only a president has the power to reverse/remove. Even the baddest man alive wants a clean record, I guess. 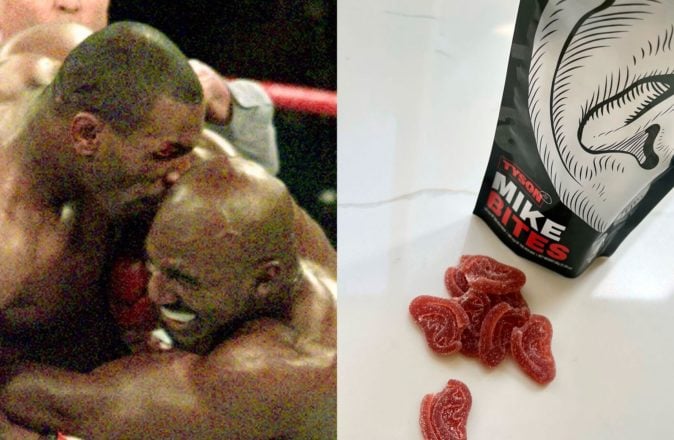