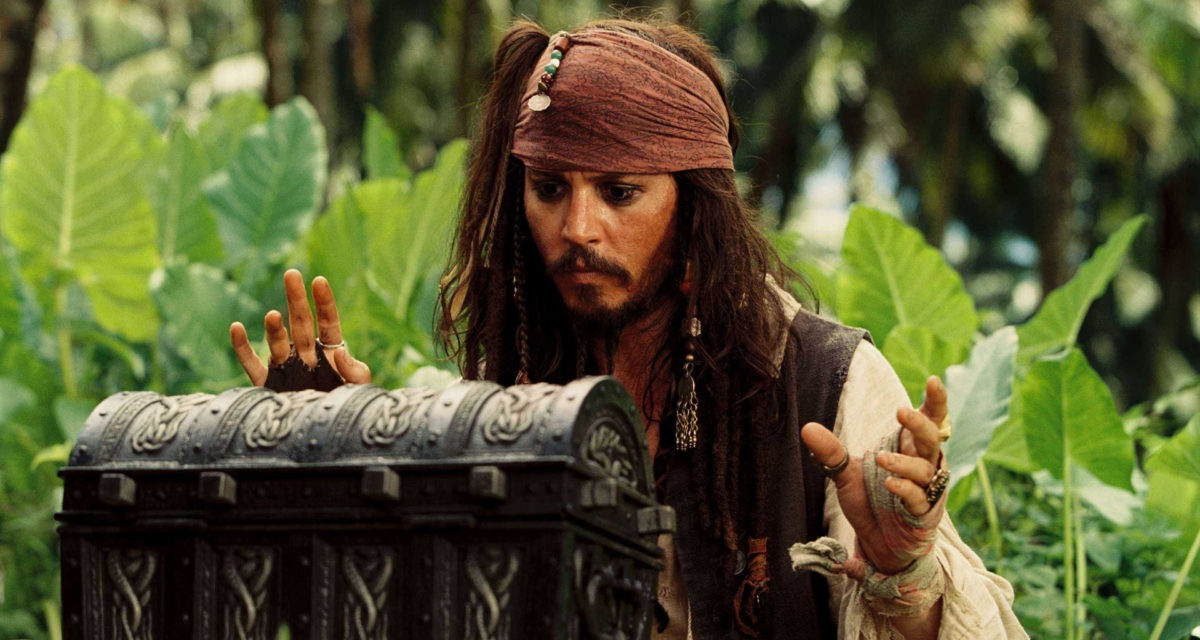 While Johnny Depp has been in the headlines for a number of rather unsavoury reasons these past few months, it’s hard to argue with the impact he’s had on Hollywood and popular culture when at the height of his stardom. As you might imagine from a man whose films have grossed more than $12 billion globally, the “Johnny Depp net worth” question is a very popular one, which is why we wanted to take a closer look at where Depp made his money and how he’s spent it.

Johnny Depp began his movie career as a clean-faced 21-year-old in 1984 when – after becoming drinking buddies with Nicolas Cage – he was encouraged to audition for Wes Craven’s horror film A Nightmare on Elm Street.

Despite having no experience whatsoever as an actor (he was previously an unknown rock musician), he landed the part of A Nightmare on Elm Street main character’s boyfriend, dying a gruesome death on camera but taking the first step towards Hollywood stardom.

The next big gig Johnny Depp landed was for the Fox TV series 21 Jump Street in 1987, in which he starred as a police officer who went undercover in a high school. This was his first taste of serious money, as he reportedly earned US$45,000 an episode. For context, a Porsche 911 Carrera had an RRP of US$38,500 back then, which shows the kind of net worth and spending power Johnny Depp was already enjoying when he was just 24.

Johnny Depp’s career really started to take off after he became known to the well-loved director Tim Burton, who cast Depp in the romantic fantasy film Edward Scissorhands alongside Dianne Wiest and Winona Ryder. The film Edward Scissorhands was a hit, grossing US$53 million and led to Depp starring in a number of other successful 90s films including What’s Eating Gilbert Grape (1993), Don Juan DeMarco (1994), Donnie Brasco (1997), and Fear & Loathing in Las Vegas (1998).

By the turn of the millennium, Johnny Depp was a household name throughout much of the world, receiving no less than three nominations for Golden Globes Awards for his work so far. It was in 2003 that red-hot Depp turned white-hot, earning enormous praise for his role as Captain Jack Sparrow in Pirates of the Caribbean: The Curse of the Black Pearl, which was also his first box office smash hit, earning him his first Academy Awards nomination. The first of Disney’s Pirates movies made a whopping US$654.3 million at the box office against a budget of US$140 million.

Depp continued to make vast sums of money as Captain Jack Sparrow in the four sequels of the Caribbean franchise, as well as continuing to work closely with Tim Burton. He played Willy Wonka in Burton’s Charlie and the Chocolate Factory (2004), Corpse Bride (2005), Sweeney Todd: The Demon Barber of Fleet Street (2007), Alice in Wonderland (2010) and Dark Shadows (2012). Depp’s success wasn’t just seen at the box office, as he won the Golden Globe Award for Best Actor for his part in Sweeney Todd: The Demon Barber of Fleet Street.

It was 2012 that arguably saw the pinnacle of Depp’s career and net worth, welcomed into the 2012 Guinness World Records for the World’s Highest-Paid Actor, including work as a voice actor, after raking in US$75 million. The Caribbean franchise star had also returned to his first love in music, where he had joined the band Hollywood Vampires, which also contained Alice Cooper and Joe Perry.

Just a year later Depp starred in Lone Ranger which was publicly and critically loathed, with one reviewer describing the film as: “a jumbled botch that is so confused in its purpose and so charmless in its effect that it must be seen to be believed.” Things in Depp’s professional and personal life (as well as net worth) have seen on a lumpy trajectory since then.

Johnny Depp Net Worth: A Breakdown

During the peak of his success, Johnny Depp’s net worth was understood to be around US$900 million, which is a truly eye-watering number. A couple of his early big paycheques included two US$5 million paydays for Nick of Time (1995) and Donnie Brasco (1997), before he arrived in the eight-figure territory with the first of the Pirates of the Caribbean films.

For Pirates of the Caribbean: The Curse of the Black Pearl, Johnny Depp earned US$10 million, followed by a total payday of US$60 million for the second film, while the third film in the series netted the Caribbean star a further US$55 million. In the years that followed, Depp continued to live life with three-comma film salaries, including US$55 million for Alice In Wonderland, US$15 million for Rum Diary, US$18 million for Charlie and the Chocolate Factory, and US$20 million for The Tourist.

Depp has also made millions from his advertising deals with the likes of Dior Sauvage, H&M, and even Tom Ford. As a result of his ongoing controversial publicity, all brands other than Dior Sauvage have cut ties with the Kentucky-born celebrity.

But what’s the answer to the “Johnny Depp net worth” question today? Well, while Depp was very good at making large amounts of money as one of Hollywood’s highest-paid actors, he was equally good at spending it. Just between the years 2003 and 2016, it’s understood the American actor managed to burn through an incredible US$650 million, which will understandably have an impact on his net worth in 2022.

That’s a serious hit to Depp’s finances, some of which was definitely his doing, while the man himself claimed a decent chunk was missing thanks to his former business managers, as well as his ex-wife Amber Heard. Johnny Depp was managed by The Management Group until 2017 when Depp filed a lawsuit after discovering he was US$40 million in debt as a result of behaviour that he saw as “gross mismanagement and, at times, outright fraud.” TGM claimed Depp’s monthly expenses were simply too high to manage, which had reached more than US$2 million every month.

RELATED: Dior Sauvage Sales Are Through The Roof Because Of Johnny Depp

Regardless of who’s to blame, Depp was spending money like it was going out of fashion, with expenses that included US$3.6 million annually for a full-time staff of 40 people, US$1.8 million annually on bodyguards, US$2.4 million annually on private jets and even a single US$3 million dollar payment to have the ashes of his friend Hunter S. Thompson fired out of a cannon on top of a 46-metre tower.

His property portfolio is also believed to have cost the American actor around US$75 million across a total of 14 different properties. These include a palatial mansion in the Hollywood Hills (where he previously lived with Amber Heard), a chateau in France, several private islands, and even a horse farm in Kentucky.

Including these assets, many of which Depp still owns, it’s currently believed the answer to the “Johnny Depp net worth” question is US$150 million. However, it’s difficult to know exactly what the true net worth number is, with estimates ranging from US$100 million to US$210 million. 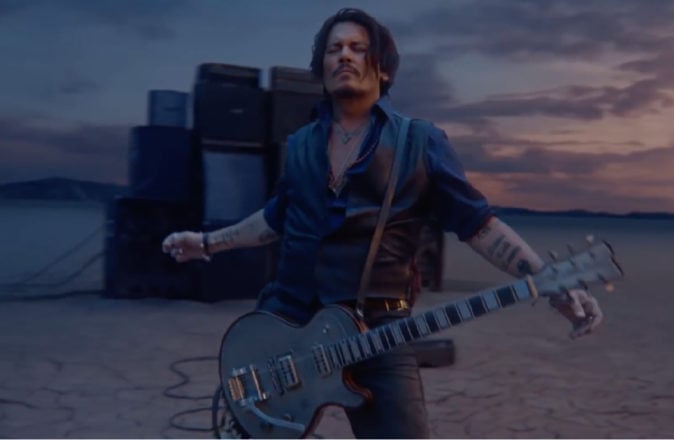 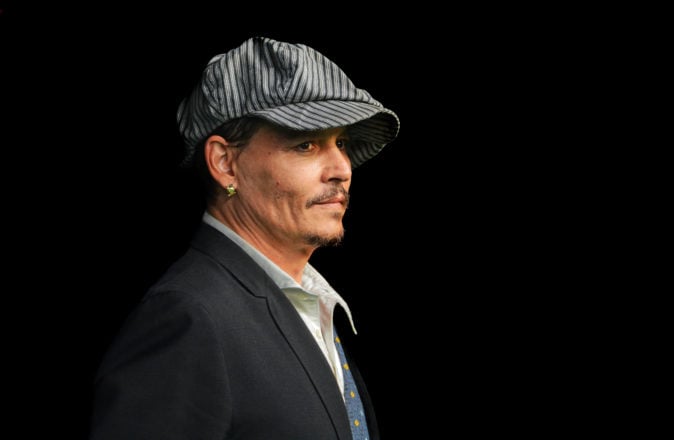